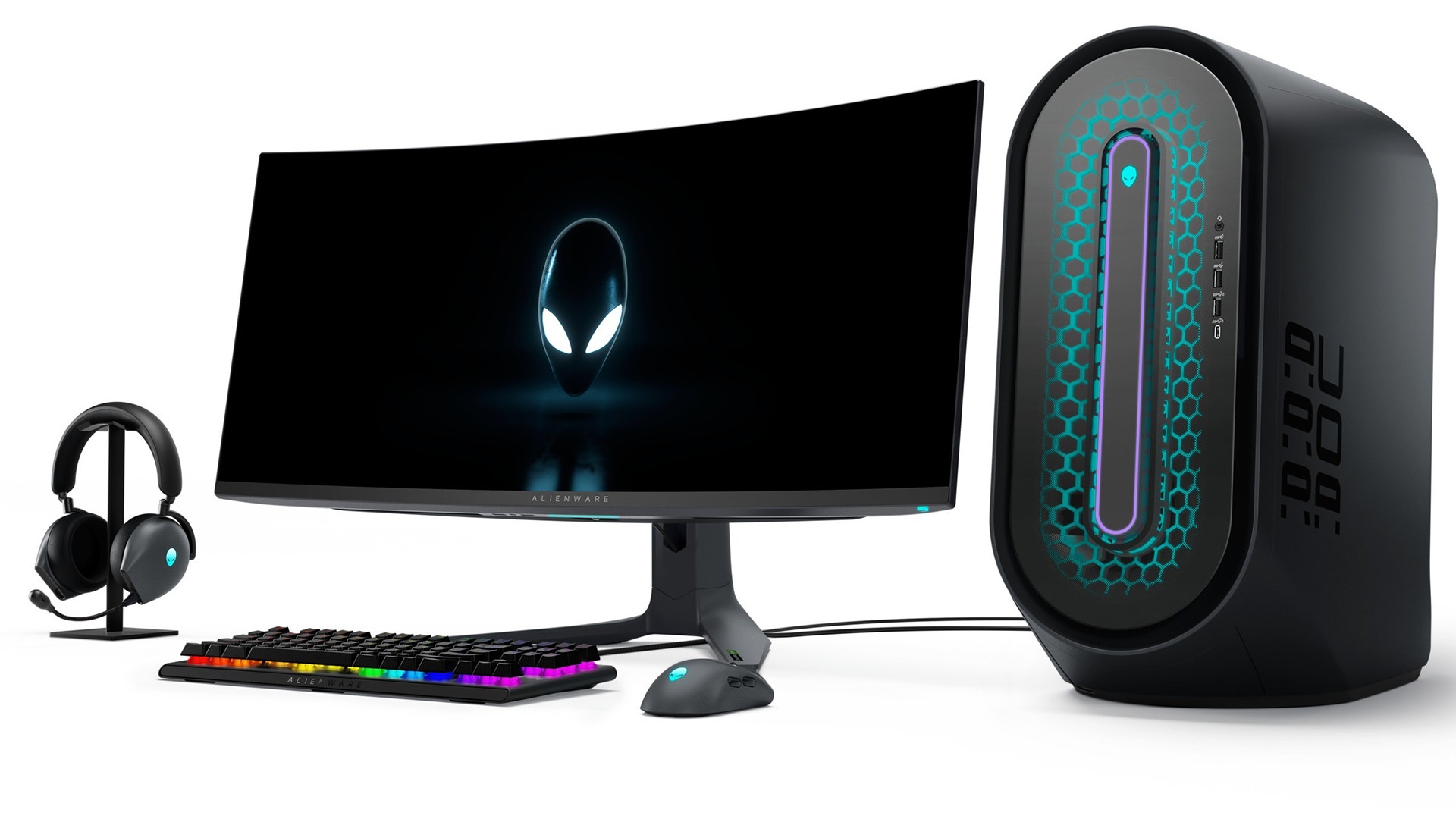 Alienware has revealed its upcoming flagship prebuilt desktop, the renewed Aurora R15, designed to house some powerful hardware – just be prepared to pay an arm and a leg for it.

The company is being rather vague in disclosing what kind of graphics card will be in the Aurora R15. According to the announcement (opens in new tab), the Aurora R15 is designed to support a GPU from NVIDIA’s recently announced GeForce RTX 40 Series. Alienware even name-drops the 4090 model GPU. The company also mentions support for graphics cards belonging to the AMD Radeon RX 6000 series and GeForce RTX 30-Series. Given the wording, it’s leading us to believe that the Aurora R15 may have different models based on different graphics cards. We reached out to Alienware for clarification. This story will be updated if we hear back.

Alienware also announced its new 34-inch curved Gaming Monitor and a Tenkeyless Gaming Keyboard to make up a full computer setup. All three devices will launch in the United States and Canada later this year. The exact date has yet to be revealed.

Mysterious GPUs aside, Alienware did reveal some concrete details. The desktop will house the latest “13th Gen Intel Core K-series” processors, formerly known by their codename of Raptor Lake. Like the graphics card, the exact CPU model is unknown, but we can at least expect a good performance. Even the slowest of the Raptor Lake processors have a maximum turbo frequency of 5.1 GHz. For memory, it will be a DDR5 4800MHz RAM of yet-to-be-determined size.

For cooling, the Aurora R15 has multiple solutions. It’s outfitted with a 240mm liquid cooling system and five different 120mm fans. Across the chassis, there will be two exhaust fans on top, one in the back, and two intake fans at the front. On the side are hexagonal air vents for additional cooling. And if that isn’t overkill, the computer’s motherboard will have its own “voltage regulator heatsinks.”

All this hardware will, as you can imagine, require a lot of power. Feeding this beast will be a 1350W power supply, which was apparently designed to support the aforementioned RTX 4090 GPU, according to Alienware. Price tag for the Aurora R15 hasn’t been revealed. Considering the fact the desktop will have some powerful tech, it’s safe to say that it won’t be cheap. To give an idea of what it could be, the currently available Aurora Ryzen Edition R14 desktop starts at $1,299.99 and that uses NVIDIA’s old 30-series GPUs.

With a computer that strong, you’ll need a monitor to match and it appears the Gaming Monitor ($1,099.99) is up to the task. The QD-OLED (Quantum Dot) display outputs at a resolution of 3440×1440 pixels and has a 0.1ms response, vital for intense gaming moments. There’s nothing worse than losing a game because your monitor couldn’t keep up. Other features include a 165Hz refresh rate alongside Quantum Dot technology for deep blacks plus wider color coverage. For those long gaming sessions, the monitor has been TUV-certified for ComfortView Plus to reduce bluelight and protect against eye strain.

The Tenkeyless Keyboard ($129.99) appears to be a regular gaming keyboard complete with the typical RGB lights, but underneath the surface is a pretty robust device. Its name is a reference to the fact that it lacks a numeric keypad allowing it to be more compact. The keycaps themselves are covered in two layers of a plastic called PBT (polybutylene terephthalate) for increased durability. Inside the keycaps are a series of CHERRY MX Red switches that have a gold layer for easier cleaning and protection against corrosion.

Pretty strong showing for a flagship computer. We can’t wait to see this thing in action.

If you’re interested in a gaming PC, be sure to check out our recently updated list consisting of both cheap and more powerful options.