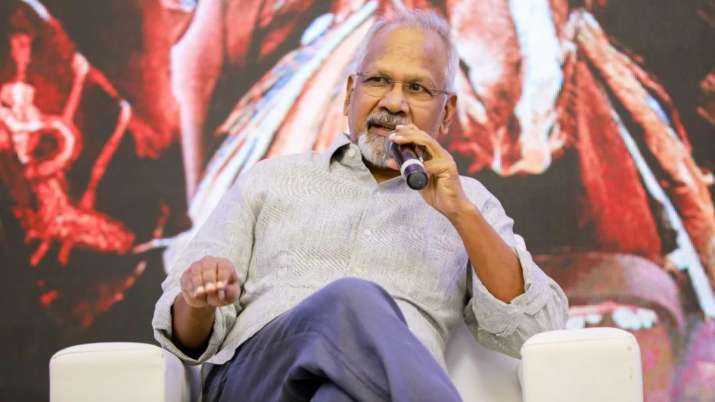 Ace director Mani Ratnam’s magnum opus ‘Ponniyin Selvan-1’ (PS) is all set to release worldwide on September 30. The film is based on the epic historical fiction penned by Kalki Krishnamoorthi by the same name in the 1950s, which has been a best-seller over the last 70 years. Set in the 10th century, it deals with the period just before the dawn of a golden era. Mani Ratnam is known to do things very differently – and this goes for every aspect of filmmaking, right from choosing the characters, the scenes, and for a film like this, jewels, which also tell a story.

Speaking about his collaboration with jewellery design house Krishnadas & Co, Mani Ratnam said: “Kishandas is one of the best things that happened during the making of PS. Our aim was to present the film as realistically as possible. We mostly shot in real locations with minimal sets. We did not want the film to be a fantasy costume drama. Like locations and costumes, jewellery becomes a very important part of this effort of ours to make it look authentic and not false.”

“When you watch the stills of Ponniyin Selvan 1, you find that each of the characters had to wear heavy jewellery, so when you locked your cast, we also have this thing in mind, yes, the cast must be able to carry them as elegantly as a real person from the era. This film needed extensive pre-production work. We had several trials for the look of each of the characters. We did photo shoots with costumes and jewellery. The artistes were well-prepared by the time they came to the shoot.”

“They put in as much effort into the film as we did. A lot of pieces were designed just for this film. Every detail was taken care of,” he said.

The director pointed out that the designers incorporated a lot of motifs and designs of the Chola period. They were aware of the nature of each character and designed the jewellery keeping that in mind, he said.

“From the very first meeting, we knew that they cared about the story, the characters, and the period. And they seemed very happy to be a part of the film. So, it was a win-win,” Mani Ratnam added.

The ornaments inspired by temple jewellery of the era adorned by the Queen and Princesses were Thussis, Long and Medium Necklaces, Maang tikas, Maatha pattis, Jhumkas, rings and bangles made in gold, predominantly set in burmese rubies, some emeralds and uncut diamonds.

Waist belts, hip chains, armlets, and the typical vankis worn by today’s brides were also made in various styles to complement the costumes, silhouettes, along with hair accessories based on the elaborate hairstyles, buns, and hairdos specified for each of the characters. Each piece was created to blend well with the costume, and the hair styling.

The motifs used were mostly flowers, birds, lotus, peacock, parrots, gods, goddesses and filigree work on the jewellery which is relevant to the Chola era.

Together with Kishandas & Co, costume designer Eka Lakhani conceptualised all the characteristic looks, for the leads and the entire supporting cast which perfectly blends into the character’s palettes as conceptualised by Mani Ratnam. Madras Talkies and Lyca Productions #PS1 (Ponniyin Selvan) is releasing in theatres on September 30 in Tamil, Hindi, Telugu, Malayalam and Kannada.