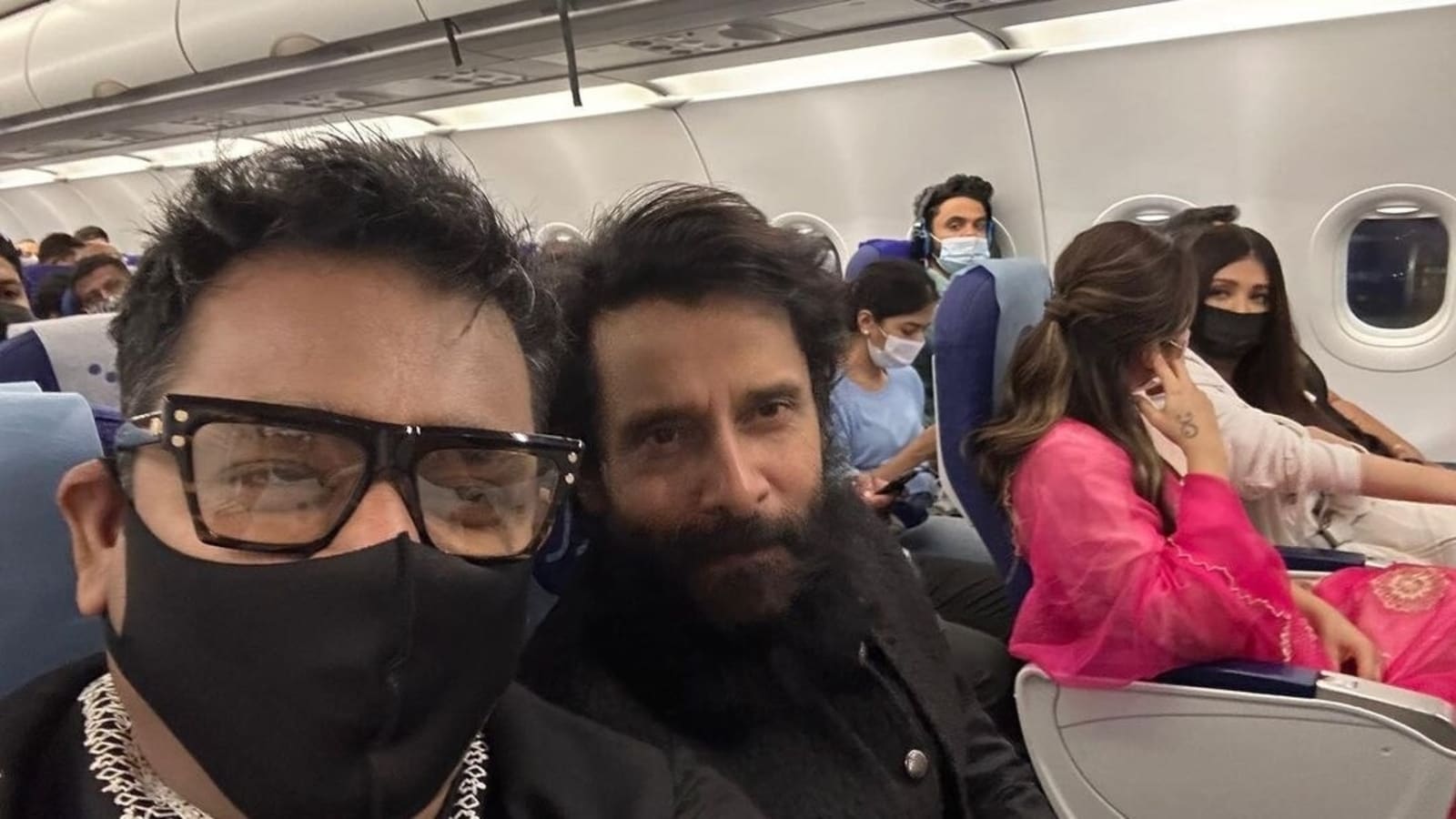 Sharing the selfie on Instagram, AR Rahman wrote, “Guess who’s travelling with me… Enroute to Mumbai from Hyderabad… PS 1 promotions!” The picture shows the music composer in black, wearing matching glasses and a mask, clicking the picture with Vikram sitting beside him. Few inches away, Aishwarya Rai is seen chatting with Trisha. While Aishwarya is seen in a white outfit, and a black mask, Trisha is in a pink outfit.

Fans got excited on watching all of them onboard a flight. A fan asked, “The more important question, how come this isn’t business class or a private jet?” Another commented, “we love a budget (flight emoji).” A fan also noticed how those sitting behind them made an effort to fit into the frame and said, “Everyone from behind (laughing emoji).” A fan also commented, “Aish and Trish becoming good friends. Glad to see it.”

Aishwarya and Trisha play rivals in the film Ponniyin Selvan I . While Aishwarya plays the antagonist Princess Nandini, Trisha plays Chola princess Kundavai in the film. Talking about her off-screen bonding with Aishwarya, Trisha had told NDTV in an interview, “The thing is, this was challenging because we are not supposed to like each other too much in this film, but we got along pretty famously on set. There were times when Mani sir would come and say, ‘listen, you guys are taking too much, stop talking, I can’t have this camaraderie for my scene’.”

AR Rahman has given music for the Mani Ratnam film, which will release in theatres on September 30. He has also sung the Tamil song Ponni Nadhi, alongwith its Hindi version titled Kaveri Se Milne and Telugu version titled Ponge Nadhi.