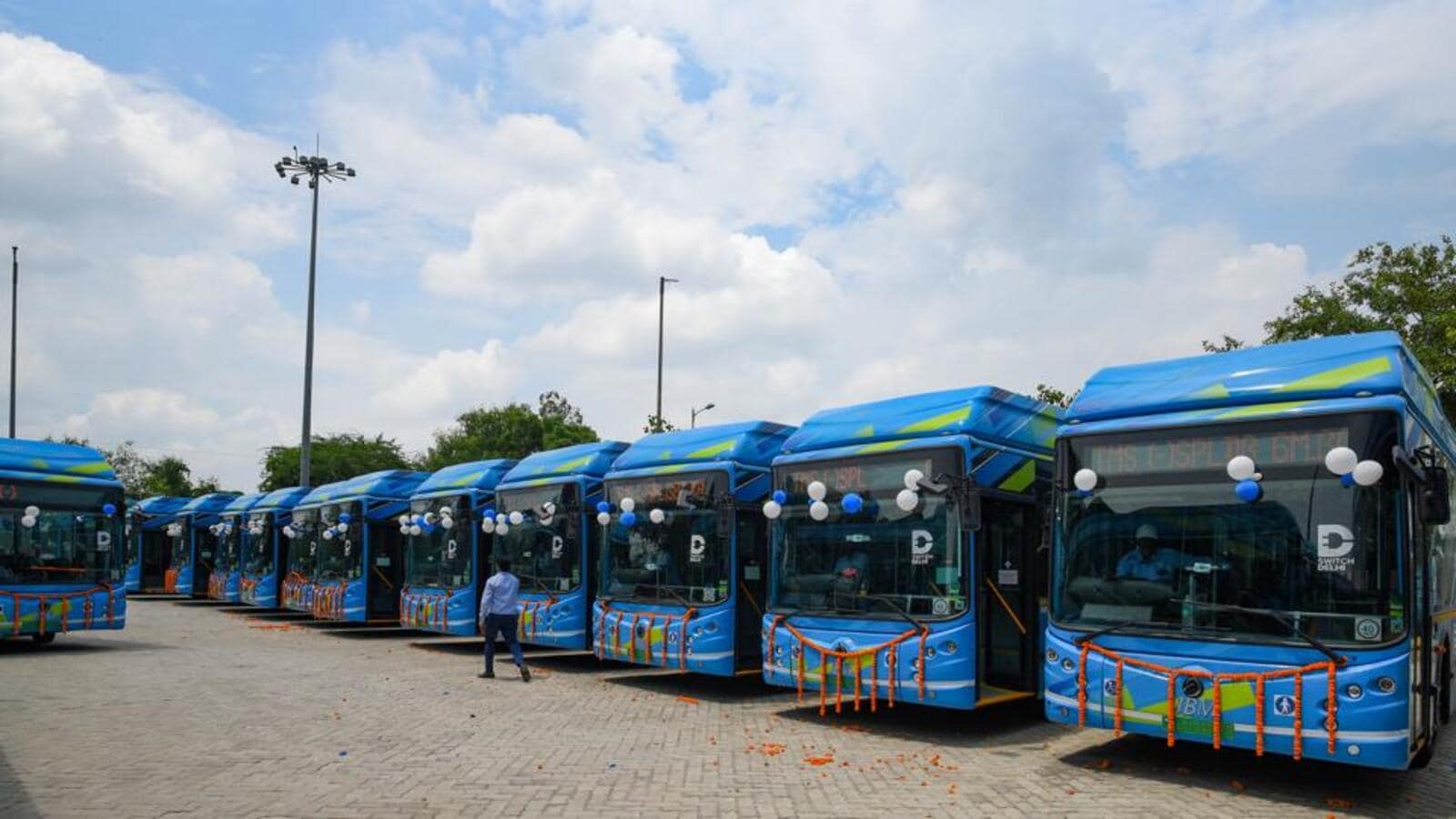 New Delhi The process to add 3,980 electric buses to Delhi’s existing fleet has been kicked off, with a tender floated to procure 5,690 electric buses for the national capital and four other states.

Last year, the Delhi government had decided that it will only procure electric buses, as it aims to eventually phase out internal combustion engines from its fleet in a bid to control the Capital’s pollution levels, to which vehicular emissions are a significant contributor. DTC has already added 250 e-buses to its fleet of around 7,200 buses.

Delhi has subscribed to the National Electric Bus Program (NEBP) — which seeks to aggregate demands from bus transport agencies and conduct tendering on an aggregated basis — to induct electric buses too its fleet and recently submitted a proposal for 3,980 electric buses.

The Convergence Energy Services Limited (CESL), a subsidiary of the Energy Efficiency Services Limited — a joint venture of four PSUs under the Union power ministry — has been requested by government think tank NITI Aayog and the Union ministry of road transport and highways to scale up the model and to play the role of program manager to deploy electric buses under NEBP, with an aim to give a big push to transform the public transportation to electric.

Subsequently, the CESL has floated a tender to procure 5,690 electric buses for Delhi and four other states, of which a majority will be deployed in the national capital. The tender is for three types of e-buses — 7m, 9m and 12m — on a gross cost contracting basis, and it requests the bidders to a price per kilometre for operating buses for over 12 years.

The tender, with a total value of around ₹5,000 crore, was floated on September 21 and will close on November 4. The remaining buses will be deployed in Telangana, Haryana, Gujarat and Arunachal Pradesh.

As per the terms of the tender, the Delhi government will not purchase the buses or make any upfront payment, but will pay the private players who are selected through the bidding process on a per kilometre basis for the running cost. The Delhi government, however, will provide depots and charging infrastructure for the smooth running of the buses.

Transport minister Kailash Gahlot said: “In January, Delhi was one of the biggest purchaser of electric buses under the grand challenge done by CESL, onboarding 1,500 out of 5,450 buses. This time again, when CESL has come up with NEBP – Phase 1 with a tender for 5690 e-buses, Delhi has been the frontrunner, procuring 70%… Under the leadership of chief minister Arvind Kejriwal, Delhi is committed to providing convenient, zero-smoke and 100% electric public transportation. This is another milestone for the Delhi government towards their mission of plying more than 10,000 buses on the city roads by 2025 with 80% of the bus fleet being electric.”

Delhi transport commissioner Ashish Kundra said that the model of buses engagement is quickly becoming the standard of bus procurement in the country and the Delhi government has also put up demands under it for the buses. “Previously the Delhi government put up demands for 300 electric buses, of which 250 buses have already arrived and the remaining 50 buses are likely to be inducted into the DTC fleet in a fortnight. In the next phase, 1,500 e-buses will be inducted into the DTC fleet in multiple phases and in the phase after that, 1,990 buses will be introduced to the streets of the capital in 2023-24,” said Kundra.

Mahua Acharya, the managing director and CEO of CESL, said: “Delhi is certainly moving to electric very seriously. The induction of 3,980 e-buses under the latest tender is a very important move towards shifting the public transportation to electric in the national capital. Overall, it will lead to reduction in air pollution, fuel bills and reduce financial load on the state transport utility.”

Buses are still the most popular form of public transit in Delhi, with around 4.2 million people using the system every day. DTC alone ferries 3.3 million passengers on an average, almost a million more than the Delhi Metro.

The Capital currently has around 7,200 buses under DTC and the cluster scheme. The state government aims to increase the strength of the fleet to 11,000, and to ensure that 70-75% of all public buses in Delhi are electric by 2025-26.