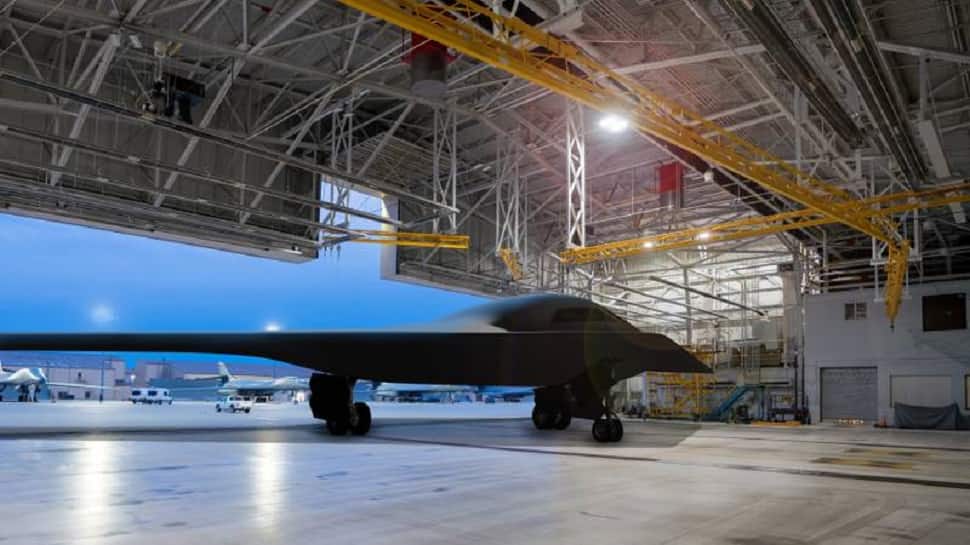 US Air Force is all set to lift the covers off the B-21 Raider stealth bomber. Northrop Grumman Corporation will host the ceremony to unveil the fighter jet at its facilities in Palmdale, California. It is to be noted that this is one of the most ambitious projects of the US Air Force. The B-21 rollout plans were first revealed by Andrew Hunter, Assistant Secretary of the Air Force for Acquisition, Technology, and Logistics, at the Air & Space Forces Association’s 2022 Air, Space, and Cyber Conference. Since then, military observers and aviation specialists have been waiting impatiently for the big announcement.

Well, this is going to be the first time that Air Force is taking the veils off a new bomber since 1988 when the department showcased the B-2 Spirit. The new B-21 bomber has only been showcased in the concept form till now. However, its first flight is expected to take off around 2023, soon after the rollout. An announcement from the company also confirms that the B-21’s first flight will be based on the ground tests’ results.

As of now, there are a total of 6 B-21 aircrafts that are in the process of assembly at Northrop Grumman’s Palmdale facility. Tests for the aircraft involve testing the plane’s sub-systems, applying coating, and powering up the bomber. In May this year, the B-21 Raider bomber successfully performed various tests related to structural rigidity.

The B-21 Raider bomber was expected to have its first flight by December 2021. However, the schedule changed a little. Talking of operating bases, the Ellsworth Air Force Base, situated in South Dakota will be used as the main base for the B-21, whereas the Dyess Air Force base in Texas and Whiteman Air Force Base in Missouri remain secondary ones.