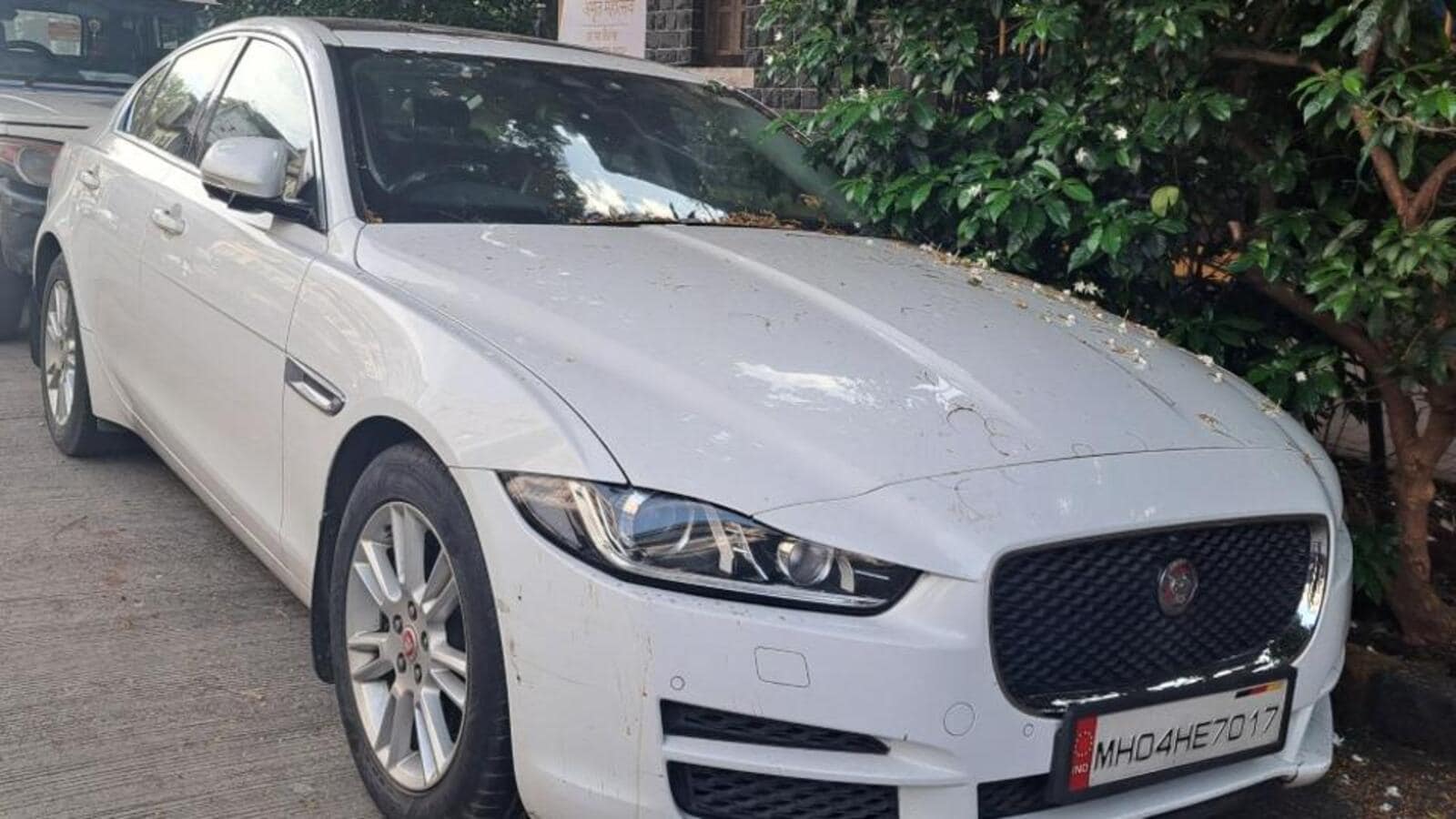 Mumbai A Jaguar owner, who is the proprietor of a perfumery in Colaba, has been driving his luxury car for five years bearing the number plate of a two-wheeler belonging to a citizen from Bhayandar.

The Colaba police booked the SoBo businessman for allegedly using a duplicate number plate and violating traffic rules, on September 21. Incidentally, the owner of the two-wheeler, Rahul Rai, has received 11 e-challans for traffic violations purportedly committed by the businessman, Adnan Ahmed Syed.

Sayed claimed it was an unintended mistake made by the number plate maker, which police are now trying to verify.

The complainant in the case is Colaba traffic police division’s assistant police inspector Hindurao Chaudhari, who on September 20, spotted the white Jaguar parked on a footpath of Merryweather Road, in Colaba.

When Chaudhari inserted the car’s registration number — MH04-HE-7017 — in the e-Challan issuing machine, the system displayed a message stating that it was a duplicate one and that the number was officially registered for a two-wheeler which belonged to Bhayandar (East)-resident, Rai.

Police’s inquiries about the car led them to the Marine Lines resident. When Sayed arrived at the spot cops inquired about the car and demanded to see his vehicle’s documents, which showed its registration number as MH04-HF-7017.

Sayed was then informed that the number plate belonged to a two-wheeler owner, and that there were 11 traffic violations registered on this number over the last five years.

Overwhelmed by the number of e-challans issued to him for no fault of his, Rai had registered several complaints with several traffic divisions. When nothing came of it, the traffic police deregistered his number from their system. The traffic department then flagged off the registration number plate as a duplicate one in the system.

“The accused businessman has claimed that it was not done intentionally. He said the number plate maker had committed the error,” said inspector Sanjay Dhonnar, of Colaba police station.

“Sayed has claimed after the number plate was fixed on his vehicle, he did not check it carefully. It is indeed strange that he went by his life for five years without noticing the mistake. He is now faced with a criminal case for his negligence committed five years ago. We have seized the vehicle and are trying to locate the number plate maker to record his statement,” said sub-inspector Vishal Jadhav, from Colaba police station.

On the complaint of traffic police, the Colaba police on Wednesday registered a case against Syed under sections 465 (forgery), 468 (forgery for purpose of cheating) 471 (using as genuine a forged) and 417 (punishment for cheating) of the Indian Penal Code.