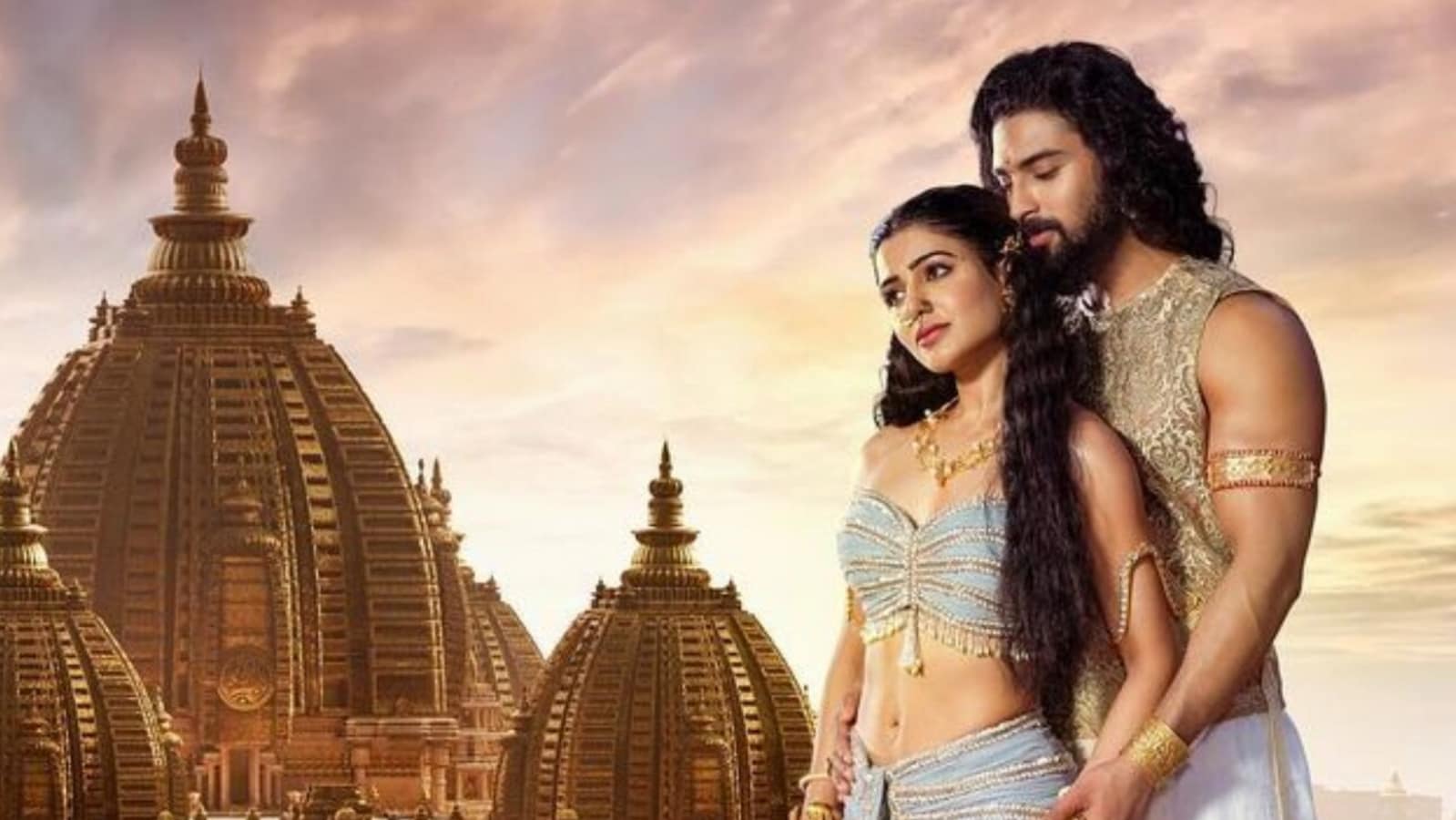 On Friday, Samantha Ruth Prabhu unveiled a new motion poster from her much-waited epic love saga Shaakuntalam, with Dev Mohan. She wrote, “Witness the #EpicLoveStory #Shaakuntalamin Theatres from November 4th 2022 Worldwide!” The film is directed by Gunasekhar and backed by his daughter Neelima Guna. Also read: Shakuntalam: Samantha Ruth Prabhu is ethereal as the divine beauty in first look poster

The new poster features refreshing chemistry between Samantha and Dev. In the motion poster, Samantha appeared in an enchanting look posing with Dev as a king. They look convincing as Shakuntala and Dushyanta.

Responding to their look, a fan wrote, “Can’t wait to see the film.” “Its going to be a blockbuster year for you sam. Feeling extremely super happy for you as you are coming back to meet us on screen with 2 Biggies. All the best sam you gonna work as usual,” commented another one. Shaakuntalam will release in Hindi, Telugu, Tamil, Malayalam and Kannada.

The film will follow the love story of Shakuntala and King Dushyant from Mahabharata. As per Hindu mythology, Shakuntala was the daughter of Meneka and Rishi Vishwamitra, who lived in a forest with her teacher, Rishi Kanva. During her time in the forest, she meets King Dushyant and both fall in love and get married. After she has their baby (who later become King Bharat), Dushyant leaves her in the forest with a promise to return to her soon. However, due to a sage’s curse, Dushyant forgets about Shakuntala, until they meet again.