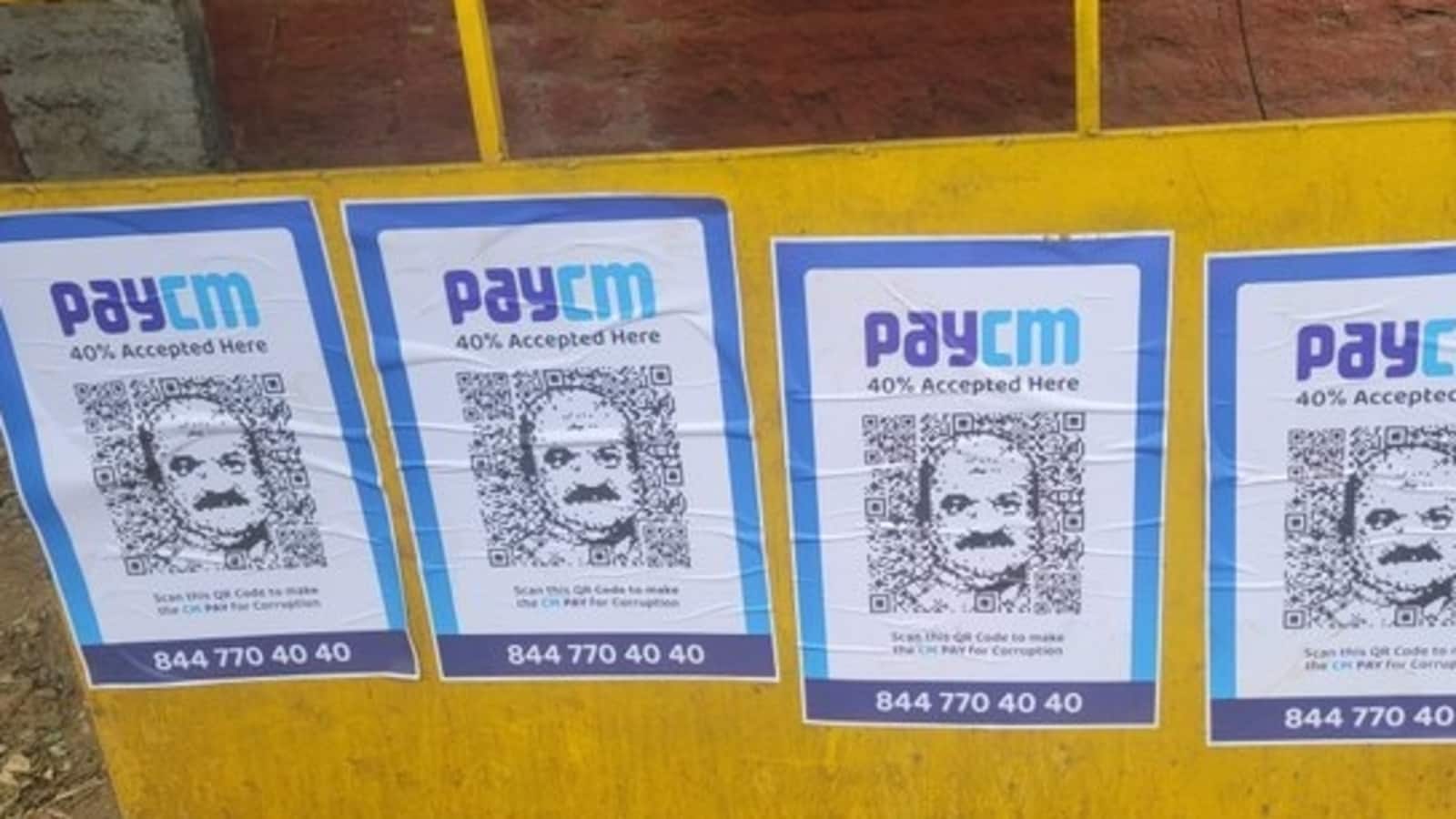 Karnataka chief minister Basavaraj Bommai slammed the state Congress unit after posters surfaced earlier this week with the BJP leader’s photographs and a QR code. The campaign – which was dubbed as ‘PayCM’ by the opposition – has been launched by the grand old party, accusing the ruling BJP of corruption. The authorities concerned, meanwhile, have been taking action.

In the posters, the QR code apparently gets directed to a website – ‘40% Sarkara’. The Congress – on multiple occasions – has claimed that the Bommai-led BJP government was charging 40 per cent commission on public works. The campaign name is similar to Paytm, a widely used mobile app for transactions. Even the colours used in the poster were similar to what the brand uses in its logo.

On Friday, rubbishing these allegations, the Karnataka chief minister hit back, saying that multiple scams had surfaced during the tenure of the Congress. “No allegations are true.They’ve given no evidence. It’s all politically motivated.I’ve challenged them to produce proofs. During their (Congress) tenure,there were many scams that should be inquired,” Bommai was quoted as saying by news agency ANI.

‘QR code (‘PayCM’) is an evil design,” he added. The chief minister – earlier this week – had termed it a conspiracy to tarnish his and Karnataka’s reputation. He also ordered the police to register a case and investigate the matter.

“It is a systematic conspiracy to spoil my name and also Karnataka. I have directed the officials concerned to book a case. We will get it investigated to find out the people behind it,” Bommai had told reporters.

This is the latest standoff among the two parties ahead of state elections next year. Despite CM’s comments, the Congress continues to use the campaign for attacking the chief minister. “Corruption in #40PercentSarkara is legal, questioning it is a crime! (sic),” the party wrote in a tweet.

(With inputs from ANI)