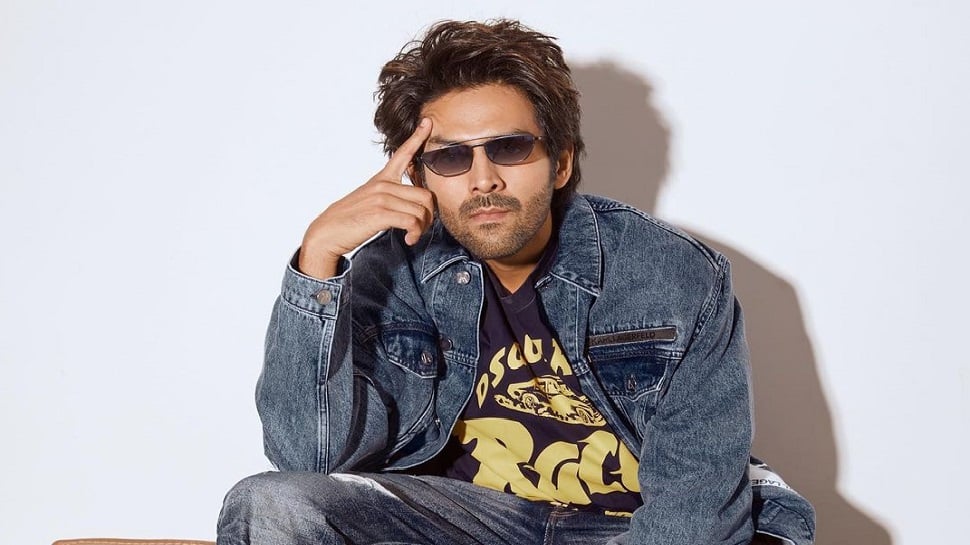 Taking to Instagram, the `Dhamaka` actor shared a picture on his story which he captioned, “Night shoots like these.”

Kartik shared a picture of a clapboard with the title of the film `Satyaprem Ki Katha` written on it. Apart from Kartik, Bollywood actor Kiara Advani is also a part of the film. 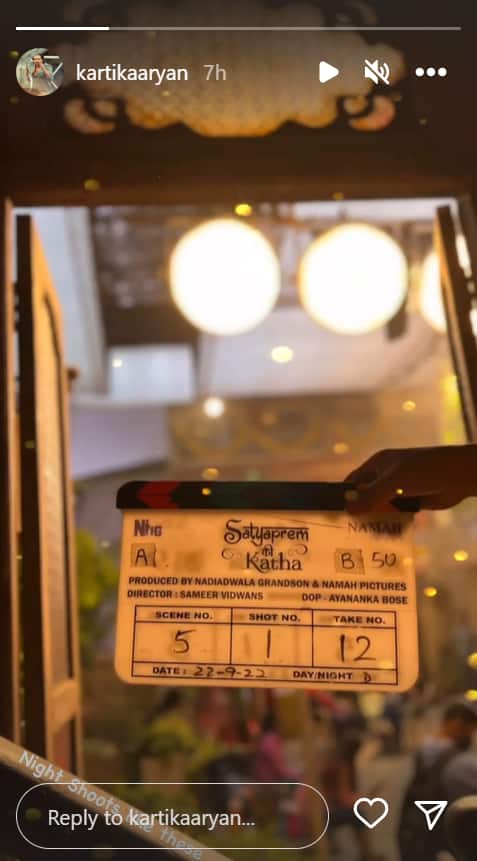 Helmed by Sameer Vidhwans, and produced by Sajid Nadiadwala, the film is all set to hit the theatres on June 29, 2023. The film will face a big Bollywood clash with Ayushmann Khurrana and Ananya Panday`s upcoming comedy film `Dream Girl 2`.

Last year, director Sameer Vidwans issued a statement to announce the change in title. The `Luka Chuppi` actor also reposted the statement on his official Instagram account which said that the title will be changed to avoid hurting sentiments, even if that`s purely unintentional.

The title of the film is something that emerges organically through the creative process. We have taken a decision to change the title of our recently announced film `Satyanarayan ki Katha` to avoid hurting sentiments, even if that`s purely unintentional. Producers of the film and the creative team also are in complete support of this decision. We will be announcing a new title for our love story in due course of our journey. Sincerely, Sameer Vidwans,” the statement read.

Meanwhile, Kiara will be next seen in `Govinda Naam Mera` alongside Vicky Kaushal and Bhumi Pednekar.Kartik, on the other hand, will be seen in `Shehzada` opposite Kriti Sanon. The film is helmed by David Dhawan`s son Rohit Dhawan and is slated to release on February 10, 2023.

Apart from that, he will be sharing the screen space with Alaya F in `Freddy`. Produced by Ekta Kapoor, the film is touted to be a romantic thriller. He also has Hansal Mehta`s `Captain India` in his kitty. Bankrolled by Ronnie Screwvala and Harman Baweja, the film revolves around India`s most successful rescue operations from a war-torn country.