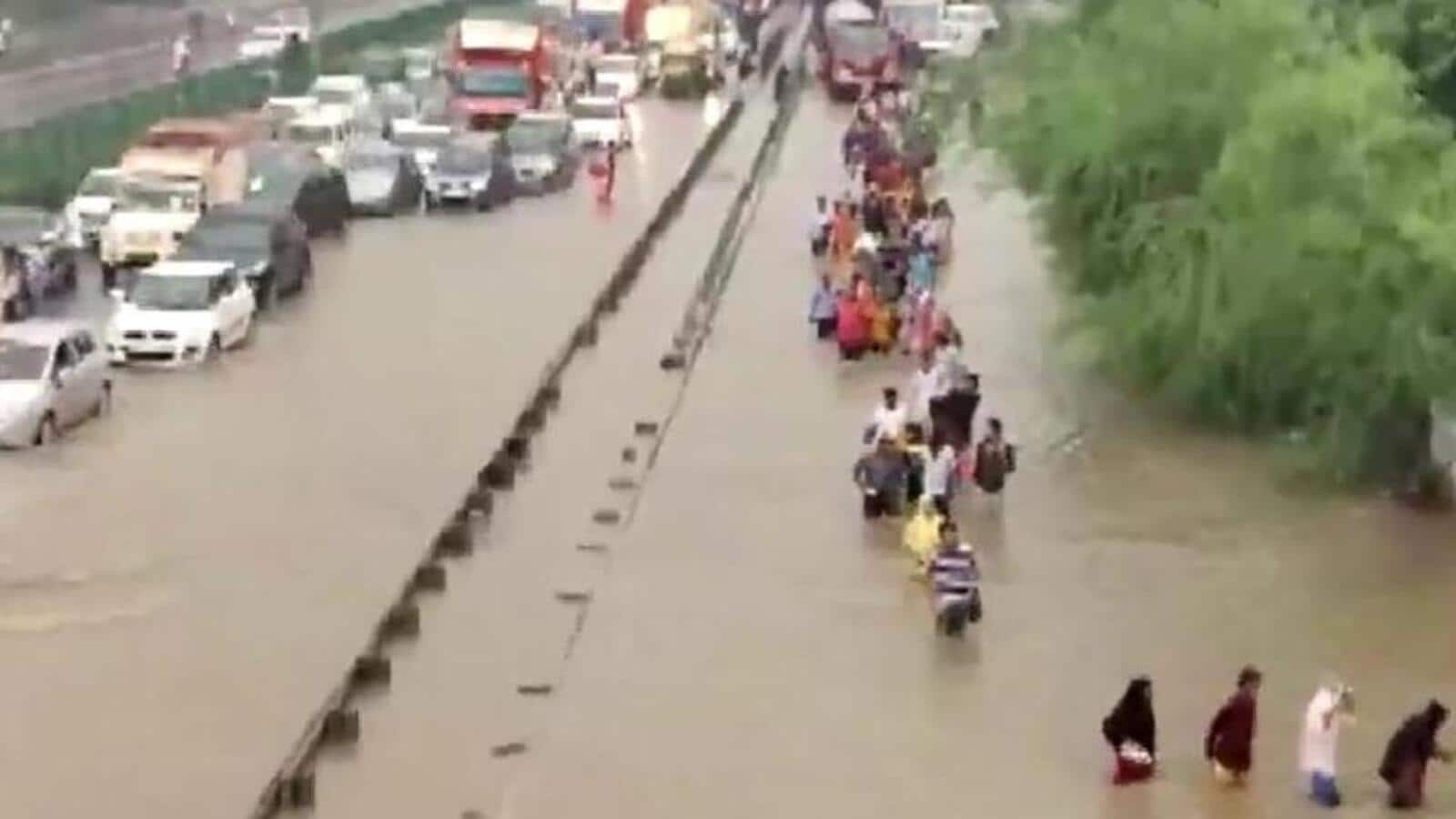 Continuous and heavy rainfall over the past 24 hours led to waterlogging in several parts of Gurugram even on Friday.

Police teams were deployed on the spots from 6am before commuters hit the road, the police said.

According to India Meteorological Department (IMD), moderate rain is also expected on Saturday and Sunday.

The vehicular movement, however, was comparatively less as the administration had issued an advisory asking corporate offices and private institutions in the district asking employees to work from home on Friday to avoid traffic congestion and ensure smooth repair work of roads and drains.

According to Virender Singh Sangwan, deputy commissioner of police (traffic), Gurugram, the situation on roads across the city is better as compared to Thursday and more than 3,000 police personnel are deployed at all key points.

“We are also using motors to remove water along with civic agencies to ensure commuters can easily pass through without any untoward incident due to potholed roads. Our PCR vans and towaway vehicles are also stationed at major intersections,” he said.

Sangwan said no traffic congestion has been reported since Thursday morning.

A spokesperson for the GMDA (Gurugram Metropolitan Development Authority) said their teams remained deployed on the ground throughout the night, and kept working to remove water from critical areas.

“The rain was heavy in the entire district but our teams managed to clear Narsinghpur, Subash Chowk, and several other spots. Real time monitoring is being done and men and machinery are being deployed to remove the water. We are working in close cooperation with district administration to resolve these issues,” the spokesperson said.

The rainfall over Delhi-NCR is on account of a cyclonic circulation over northwestern Madhya Pradesh and southwestern Uttar Pradesh. The system is likely to persist over the same area for the next 24 hours.