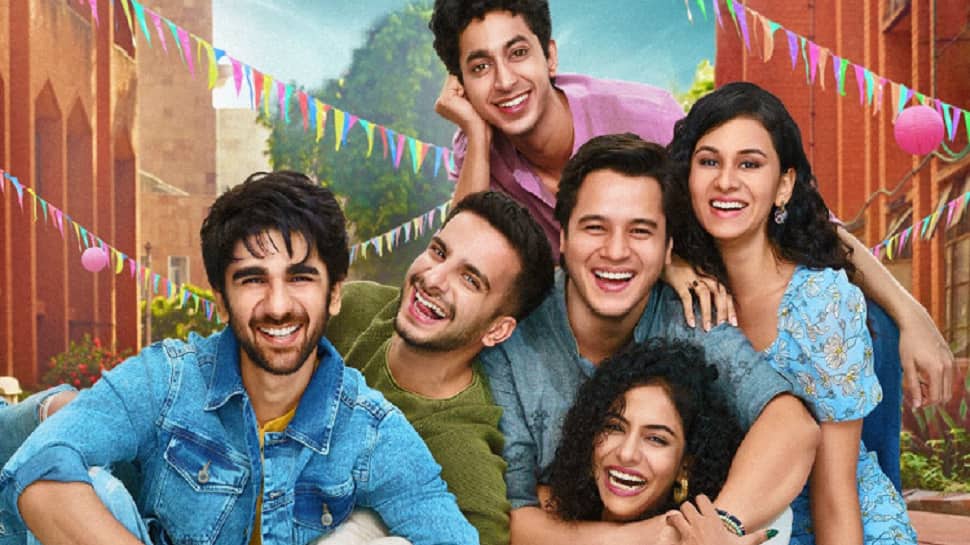 Lionsgate Play released the trailer of the second season of its hit original series, Feels Like Home. Chronicling the lives of the four boys, Season 2 captures the journey of boyhood to manhood with more drama, bromance, and laughter that bring together a whirlwind of emotions and friendship. Helmed by Sahir Raza and written by Sidhanta Mathur, the series stars Prit Kamani, Vishnu Kaushal, Mihir Ahuja, Anshuman Malhotra, Himika Bose and Inayat Sood.

Set to release on 7th October 2022, the trailer offers viewers a deeper insight into the lives of Sameer, Avinash, Akhil, and Lakshay, who have been living together for some time. From epic parties, an overdose of bromance to heartbreaks and new relationships, the series brings a new perspective to adulting along with a rollercoaster life journey.

Calling it a fresh take on adulthood, Prit Kamani, who plays Lakshya in the series, says, “Season 2 is where the OGs are back with a bang! But this time around the hangover is not from the parties as much as it is from the relationships. The careless boys are slowly transforming into men as they deal with emotions that come with complicated relationships and choices in life. For Lakshay it’s a moment of truth when he is in a situation where he needs to choose between his true love and best friend. This season he’s a ‘man in love’ and the bond between the boys grows stronger and deeper. But the warmth, the jokes, the madness ain’t going anywhere!”

Anshuman Malhotra, who returns to the role of Sameer, said, “Returning to the sets of Feels Like Home felt like I never left it and gave me a sense of comfort. But unlike the fun and joy of season one, season two comes with more responsibility in terms of script and performance. My character takes a mature turn and introspects more on life as there’ll be raw emotions, turmoils, more bromance, and richness to the storyline, and I am excited to see how the audience will react to it.”

Vishnu Kaushal, who plays the character of Avinash, said, “Feels Like Home season 2 was a realisation that adulthood is a long journey and there’s so much to explore, and working with Sahir Raza is always like a new day. I honestly couldn’t have asked for better, it’s a dream team. From Sahir and Sid guiding us through scene by scene to my super hard-working boys – Anshuman, Preet & Mihir, it has been an incredible learning experience for me. I have enjoyed every day of showing up to the set and living life as Avinash, and I hope all the fun we had on set translates on camera!”

Meanwhile, Mihir Ahuja, who plays Akhil Gandhi in the series, said, “Season 2 of Feels Like Home is set to be full of surprises and twists. There’s a deeper dive into adulthood, and the story further explores the ups and downs faced by young adults that I believe everyone would resonate with it. My character takes a complicated turn and tries to find ways between friendship and love.  I am thrilled for the release of the new season, and people will get to know how the fun boys  have matured into men.”

Inayat Sood, who plays Mahima in the series, said, “Relationships evolve with more emotions and maturity in season 2. My character, who’s been at the center of a love triangle throughout the first season, learns to tackle the guilt that comes with growing up, moving on and going after what she wants. She makes peace with the changing dynamics in the second season. There’ll be many exciting twists and turns, and Mahima’s character becomes even more relatable in today’s time.”

Himika Bose,  who plays Dhriti in the series, said, “Feels Like Home is one of the most fun scripts I have worked on; when I was informed about the return of the series,I was just excited to get back into Dhriti’s shoes again. My role is much more intense in the second season compared to the first, as the season will now witness the boys traverse through adulthood, and the girls’ being more involved in the lives of the boys and part of the dynamics.”

Feels Like Home Season 2 to stream exclusively on Lionsgate Play from October 7th.