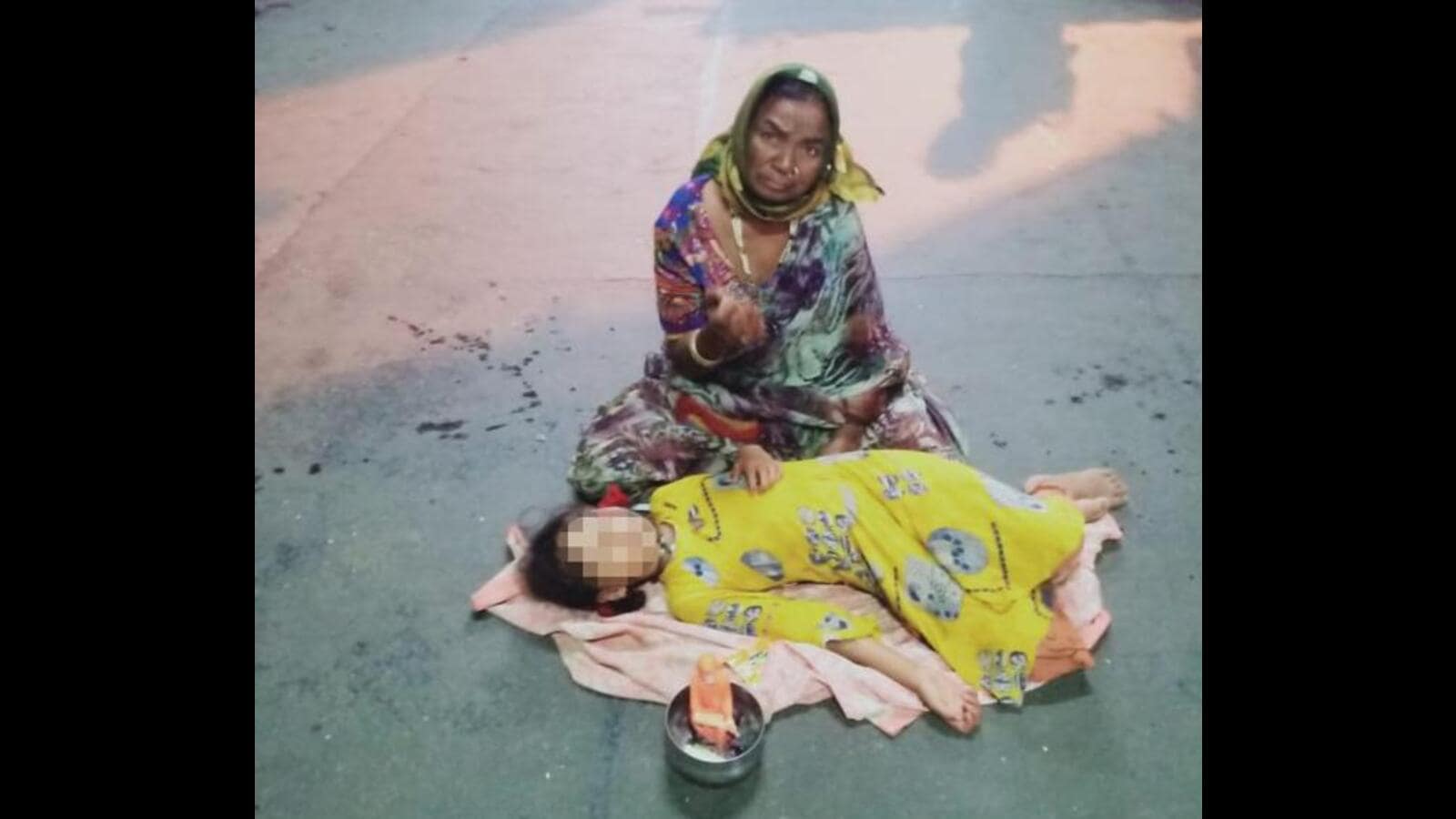 The Dombivli Government Railway Police detained the grandparents of a seven-year-old girl after an alert commuter complained that they were making their grandchild beg at the Dombivli station premises.

A member of Tejaswini Mahila Pravasi Sanghatana (women railway passenger association) from Dombivli who was crossing the Dombivli East-West connecting Foot Over Bridge found the girl supposedly in an unconscious state while her grandparents were begging. She reported it to the police as well as circulated the picture on social messaging applications.

The police, however, informed that the girl was not given anything to make her unconscious and that she might be merely sleeping.

“A member of our association sent me the picture of the girl. I forwarded the same to the railway officials to look into the matter to ensure the girl was unharmed. Later, when there was no action from the police, I also approached MLA Raju Patil, who took to social media. His supporters reached the station along with the police. Meanwhile, the girl and her grandmother were missing from the spot,” said Lata Argade, president of the association.

The Dombivli GRP detained Nilya Saldaar Kale, 82, and his wife Nashika Nilya Kale, 72, under CRPC Section 41(A)(1), Juvenile Act and Beggars Act after the Maharashtra Navnirman Sena (MNS) secretary and social activist, Sandeep Mhatre, lodged a complaint on Thursday night. An FIR was lodged by the GRP Dombivli on Friday morning.

When the GRP officials investigated, it was revealed that the girl who earlier was with her parents in Beed village in Maharashtra, was sent to her grandparents in Ahmednagar as the parents could not manage her and her twin sister together.

“We went searching for the girl and she was later found at another spot in the station and her grandparents were detained on the spot,” said Sandeep Mhatre.

“Her mother was not aware of this begging activity. She said she had sent her daughter to them as she could not take care of both. The grandparents, although they lived in Ahmednagar, came to Dombivli and nearby cities for begging. The girl was not given anything to consume. We are yet to confirm if she was unconscious or sleeping,” said Mukesh Dhage, senior police inspector, Dombivli GRP.

He added, “The child has been sent to a child welfare home while the legal procedure against her grandparents is under way. The entire operation of detaining them was conducted by the Dombivli GRP, Railway Protection Force and special branch of Dombivli railway station.”