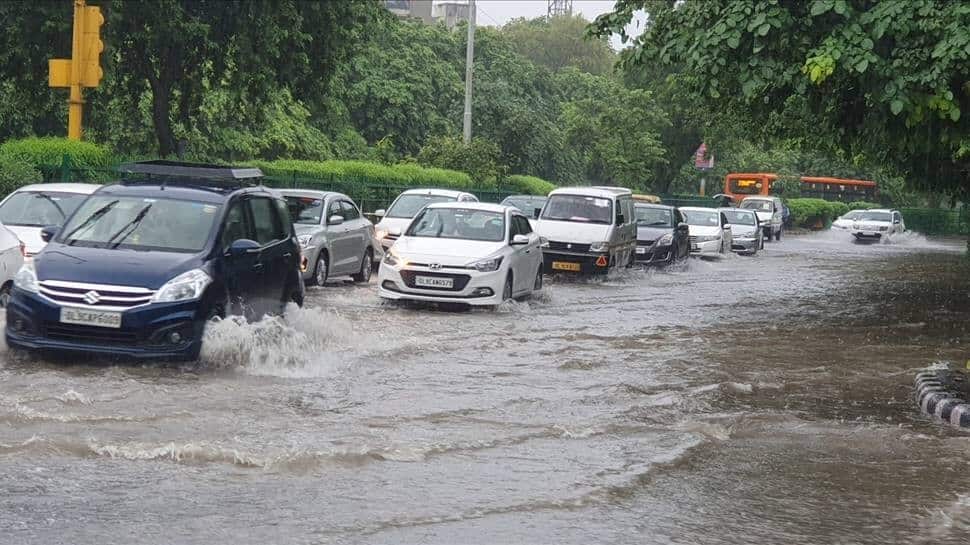 As a result of the persistent overnight rain, roadways in the nation’s capital were jam-packed with heavy traffic on Friday morning, making it difficult for vehicles to move at times. Waterlogging has been reported near Hanuman Setu on Shanti Van to the Hanuman Mandir carriageway, Libaspur underpass, Maharani Bagh Taimur Nagar cut, CDR Chowk, Mehrauli towards Gurugram, Andheria Mode towards Vasant Kunj, Under Nizamuddin bridge, Singhu Border near a gas station, and MB Road towards Sainik Farm carriageway, according to the Delhi Traffic Police.

The police advised the commuters to avoid all these stretches. The India Meteorological Department (IMD) has predicted a generally cloudy sky with moderate rain and thundershowers at almost all the areas of the city on Friday.

Even IndiGo airlines have advised its passengers to keep enough travel time in hand while travelling to the Delhi Airport as waterlogging has been reported from several parts of the city.

On Thursday, the administrations in Gurugram and Noida, taking note of the weather conditions, issued certains advisories in their areas. The Gurugram Administration issued an advisory to private institutions and corporate offices to guide their employees to work from home to avoid traffic congestion on roads. In Noida, all government and private schools up to Class 8 will remain closed as several roads in the city were waterlogged due to the incessant rain.

With inputs from IANS