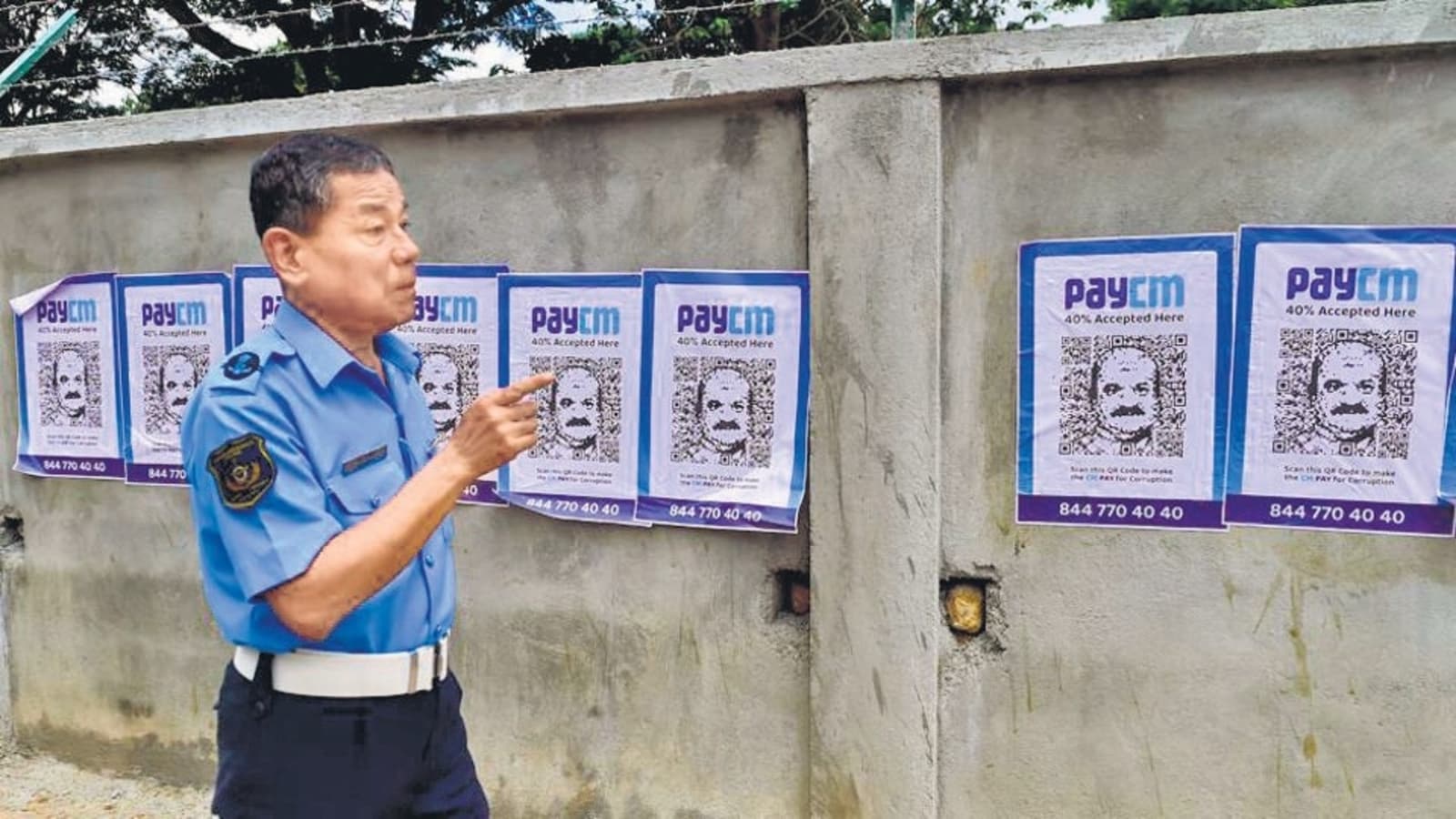 The Congress in Karnataka intensified its campaign targeting Chief Minister Basavaraj Bommai by pasting the ‘PayCM’ posters at the BJP’s Nelamangala office on the outskirts of Bengaluru on Friday.

The party later shared the pictures of its PayCM campaign with media.

The police which are probing the matter on Bommai’s instruction had arrested B R Naidu, the former chief of Congress’ Karnataka unit social media team, on Wednesday night from his residence.

The PayCM QR code bearing the photograph of the Chief Minister gets directed to a website – ‘40% Sarkara’ – accusing the Bommai-led BJP government was charging 40 per cent commission on public works.

The website was launched a few days ago by the Congress.

Ahead of assembly elections in Karnataka next year, the Congress is trying to rake up the issue of contractor Santosh Patil’s death by suicide in an Udupi hotel earlier this year.

Patil had accused the then state Rural Development and Panchayat Raj Minister K S Eshwarappa of demanding 40 per cent cut in a public work in his district.

Eshwarappa had resigned following the charge. However, an investigation carried out by the police gave him a clean chit.

Following the PayCM campaign, the BJP started ‘Scam-Ramaiah’ pointing to the alleged scams taken place during the Congress government in Karnataka led by then chief minister Siddaramaiah.

BJP state chief Nalin Kumar Kateel charged that the Congress has falsely accused the Chief Minister and Karnataka has been insulted by this allegation.