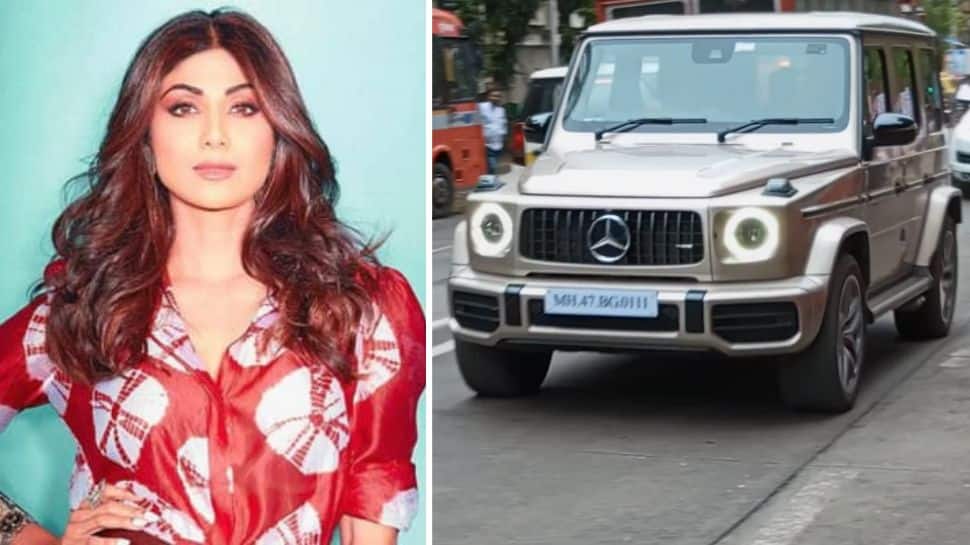 Mercedes-Benz G-Class is one of the most famous SUVs among the celebrities in Hollywood and Bollywood as well. The owner list of G-Class in India includes prominent celebrities like Rohit Shetty, Hardik Pandya, Sara Ali Khan, Jimmy Shergill, and many others. Though this premium SUV is already at the top of its class. But even among the multiple variants, the Mercedes-AMG G-63 comes out as the zenith of its evolution. Recently, enjoying this evolution, Bollywood actor Shilpa Shetty was spotted in a Mercedes-AMG G63 SUV worth over Rs 2.28 crore (ex-showroom) in India.

We can see Shilpa Shetty’s husband Raj Kundra’s brand new rose gold-colored Mercedes-AMG G63 in a YouTube video uploaded by CS 12 Vlogs. Kundra’s company is the one that owns the G63. The new Mercedes-AMG G63 was recently purchased in August 2022, according to the RTO Parivahan app. It is to be noted that the G63 has a unique Rose Gold colour which separates it from the others in its category.

The performance-oriented Mercedes-AMG G63 seeks power from a 4.0-liter twin-turbocharged V8 petrol engine. The engine works with an AMG Speedshift TCT 9G. Since the SUV has been designed for performance, it gets a power output of 430 kW (576 hp) and a peak torque of 850 Nm. All of this is capable of taking the SUV from 0-100 kmph in 4.5 seconds and hitting a top speed of 220 km/h, which is electronically limited. If one opts for the AMG driver’s package, the top speed is increased to 240 kmph.

Also read: Video of an elephant goofing around with a Hyundai Santro in Assam goes VIRAL: Watch

That being said, Shilpa Shetty seems to have a soft spot for cars like these; she has also been seen with a Range Rover LWB version. Apart from this, she also owns cars from brands like Bentley, BMW, and Lamborghini.