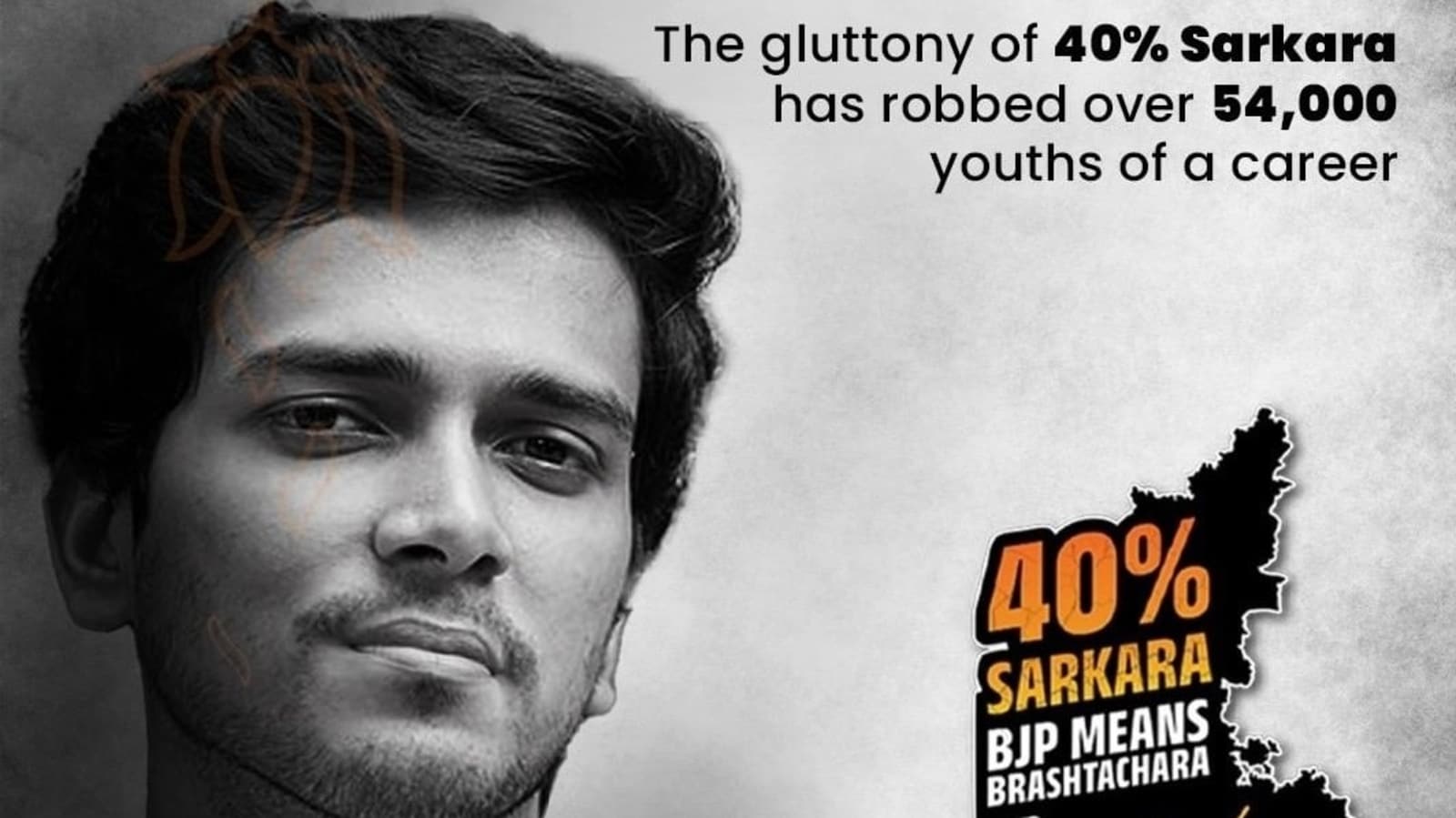 The Karnataka unit of the Congress has been accused by a Bengaluru-based actor of using his picture without his consent for their campaign, which levels corruption allegations on the Basavaraj Bommai government in the state. The actor took to social media to express his displeasure after, according to him, he found pictures of himself on the 40 per cent sarkara page on Instagram.

Akhil Iyer, whose Twitter bio defines him as an actor and a producer, clarified on Twitter that he has no affiliations with the campaign. He also warned he will be taking legal action against those responsible.

“I am appalled to see that my face is being used illegally and without my consent for “40% Sarkara” – an @INCIndia campaign that i have nothing to do with. I will be taking legal action against this. @RahulGandhi @siddaramaiah @INCKarnataka request you to please look into this,” he tweeted.

The BJP’s Manjinder Singh Sirsa also tweeted on the matter: “Akhil Iyer is the face of New India and that face doesn’t align with Congress lies and false propaganda. Another self goal by @INCIndia and @RahulGandhi. You can no more force people to like your lies and support your “hate campaign”, Mr Rahul Gandhi!”

The Karnataka Congress has not yet responded on the matter. The grand old party started the campaign, which included pasting of the controversial ‘PayCM’ posters across the Bengaluru city, ahead of the assembly elections due next year.

The party has also launched a ‘40 per cent sarkara’ website. The ruling BJP is accused of taking 40 per cent commission on most public works.

The matter blew up as a contractors’ body alleged that some departments in the state government demanded 30-40 per cent commission to release payments. Contractor Santhosh Patil, who levelled accusations of corruption against former Rural Development and Panchayat Raj Department minister K S Eshwarappa, had earlier died by suicide in an Udupi lodge. The contractor – in a letter – had said the minister demanded 40 per cent bribe from contractors for every project and that he had spent over ₹15 lakh on bribes alone.