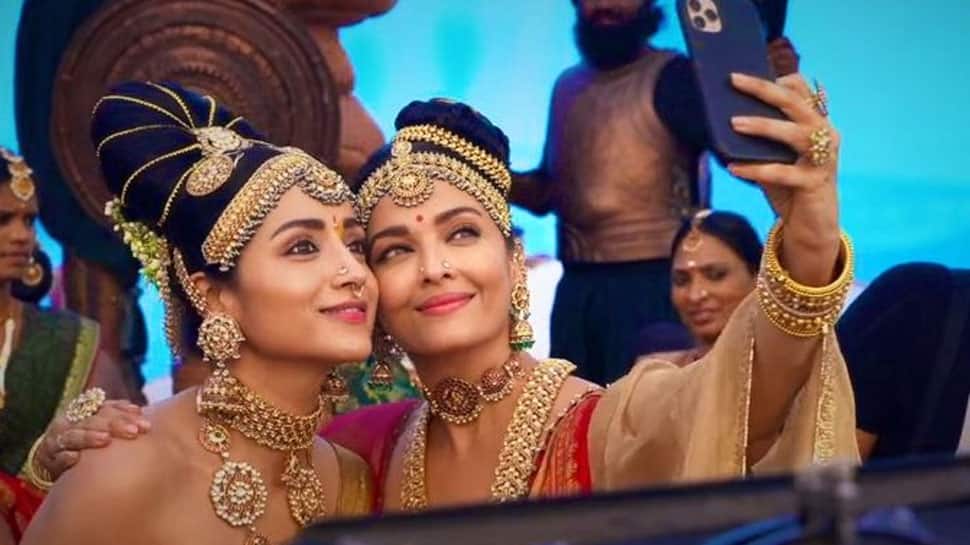 Trisha and Aishwarya can be seen in their Ponniyin Selvan avatar wearing stunning heavy-duty jewellery and costumes. Netizens are loving the look and many fans commented on how stunning the two leading ladies look.

The movie will see Ash along with south actor Karthi on the big screens. The actress plays Queen Nandini in the period drama whereas Trisha will be seen as Kundavai.

Mani Ratnam’s period drama is a two-part magnum opus. The film is a Tamil period drama, written, directed and co-produced by Mani Ratnam, and Allirajah Subaskaran under Lyca Productions. Elango Kumaravel and B Jeyamohan have co-written the film with Mani Ratnam.

The film’s music is composed by AR Rahman. Ponniyin Selvan is an adaptation of Kalki Krishnamurthy’s historical period-based fictional novel of the same name.