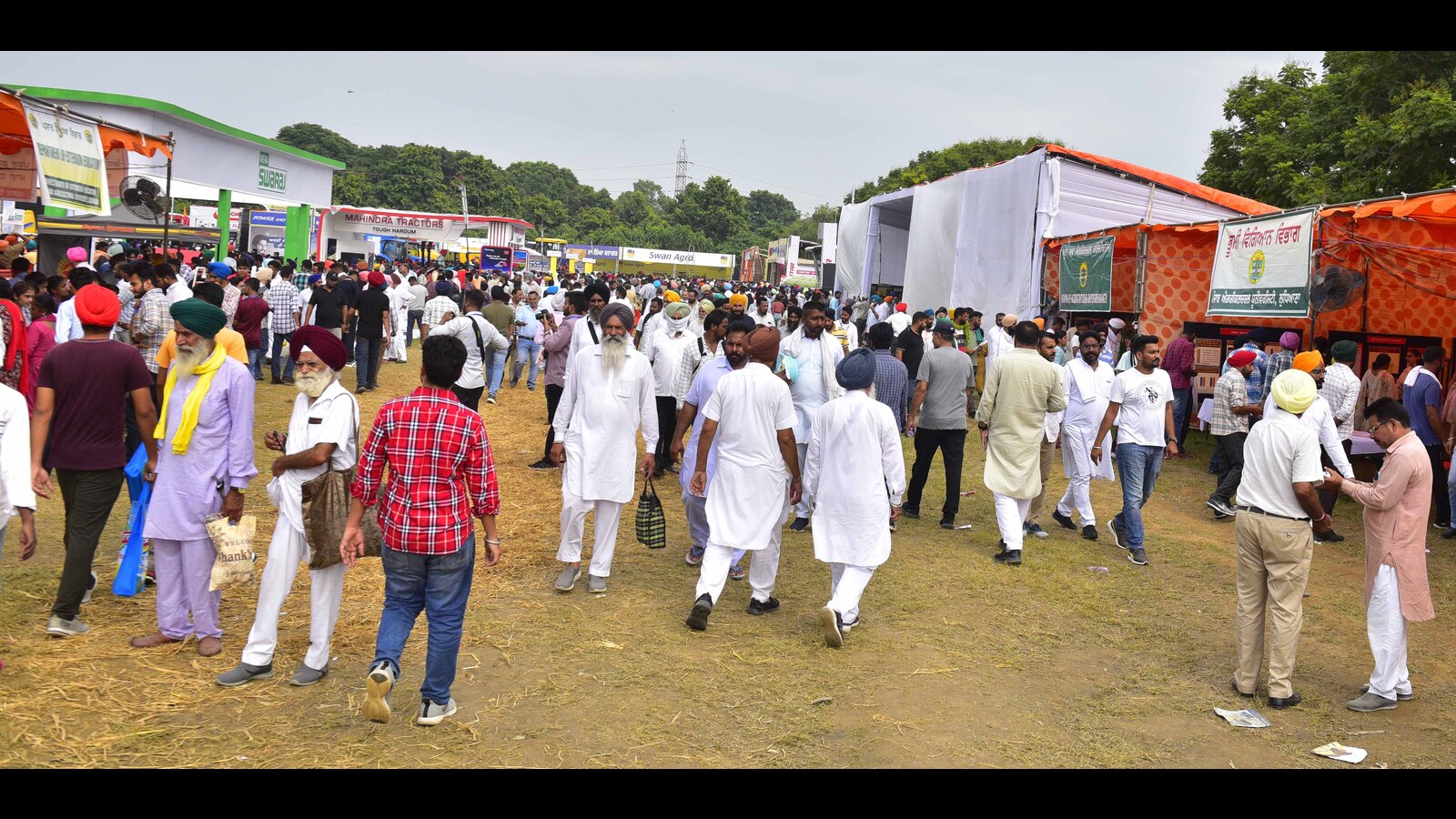 The two-day Punjab Agricultural University (PAU) Kisan Mela, which was organised in physical mode after three years, saw unprecedented footfall on its opening day on Friday.

Over one lakh Farmers from across Punjab and neighbouring states of Haryana, Rajasthan, Himachal and Uttarakhand flocked the campus of the agriculture varsity to check out the latest technological and scientific advancement in the farm sector and purchase seeds for the upcoming Rabi season.

“As the government is taking strict action against stubble burning, farmers have to adopt new techniques of ex-situ or in-situ management using modern machines,” said Didar Singh of Moga.

“Honestly, we did not expect such a mammoth crowd. We are thankful to farmers for the positive response,” said PAU director of extension Ashok Kumar.

Delicacies like jalebis, kulche chole, chole bhature and pakoras flew off the shelf quickly and massive rush was also witnessed around carts selling local specialities like kulfi and milk badam near PAU Gurdwara.

Scores of young farmers like Gurpurab Singh, 20, from Sangrur also visited the mela, perhaps for the last time. “I am studying for IELTS and may soon fly to Canada or Australia for further education. Farming is no longer a lucrative venture and I am planning to settle abroad for a better future.”

Malout’s Hardil Singh, 19, who is pursuing BSc in agriculture from Institute of Agriculture, Bathinda, said that his family has been engaged in farming for the last 20 years. He now wants to pursue his MSc abroad and said that lack of job opportunities in Punjab is the primary reason behind youngsters from the state flocking to other countries.

Amandeep Singh Cheema, who pursued MBA from Ludhiana, also wishes to settle abroad in view of rising inflation, food adulteration, lack of employment and health care facilities in India. “In Punjab, contractual employees cannot afford a decent living and a students cannot earn while learning. In other countries, several opportunities are provided for growth and there is assured income through part-time jobs. Many countries also offer good health care facilities and adulteration free food products,which are major attractions,” he added.

Sheetal Chawla, assistant director of publications, PAU, who is conducting a study on declining number of youngsters visiting the kisan mela, said the state is passing through a critical phase with rising drug use and unemployment among youngsters. “At a time when the youth of Punjab is flocking to other countries in search of greener pastures, retaining them in agriculture has become a challenging task,” said Chawla.