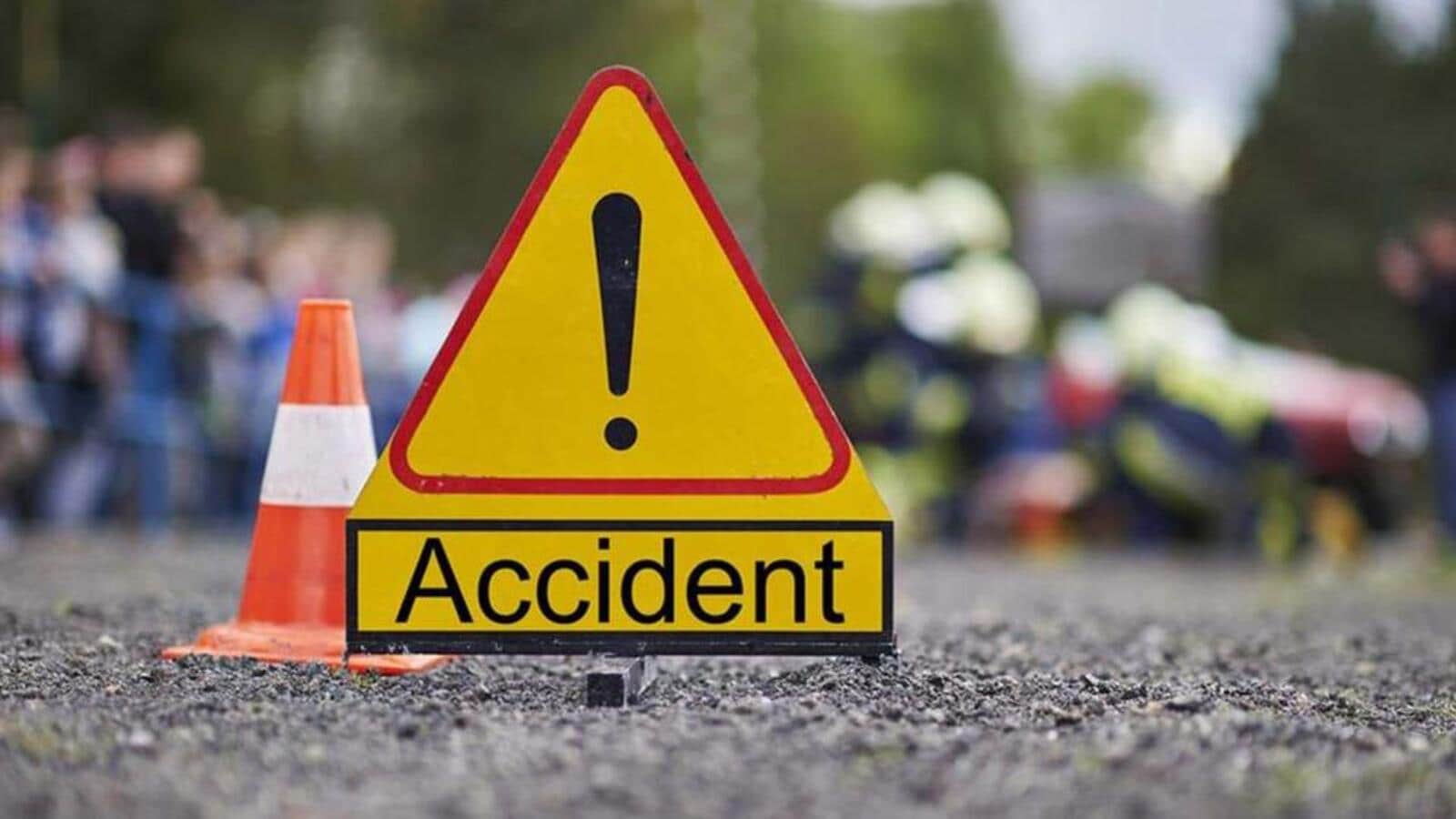 Thane: A 40-year-old woman accidently killed a 19-year-old delivery man in Hiranandani Estate, Thane on Thursday. The driver, who fled from the spot after the accident, seems to have failed to apply the brakes and ran over the youth.

The delivery man, identified as Ajay Dhokane, was taken to a nearby hospital but declared dead on arrival. The police have registered a case against an unknown accused as the driver’s identity is not yet known.

CCTV footage from the Hiranandani Foundation School, where the accident occurred, showed that the woman was driving a Wagon R. While parking the car, she seemed to have put her foot on the clutch instead of the brakes. Dhokane, who was approaching from behind on his Scooty, got hit by the car and suffered serious injuries.

“The accused car driver is a resident of Hiranandani Estate. She couldn’t control her car and ran over the man who suffered severe injuries. The woman fled from the spot though,” a resident of the locality said.

Dokhane, a resident of Patlipada on Ghodbunder Road, is the sole bread-earner in his family of four. A native of Parbhani, Dokhane worked in a grocery shop in the estate.

“Dhokane was out making deliveries of groceries to residents in Hiranandani Estate and was on his way back to the shop when this incident happened. We have registered a case under IPC 304 A, 279 and 338. Identification of the accused is under investigation,” senior police inspector R Babshetty said.

Kasarvadavli police failed to arrest the accused even even though the tony residential area has several CCTV cameras. “Hiranandani Estate area has good quality CCTV cameras unlike other areas in the city. Every building has a camera but still the police couldn’t arrest the accused in this accident matter. The incident happened in the afternoon. I called them around 9.30 pm but they were yet to identify the accused,” former corporator Manohar Dhumbre said.