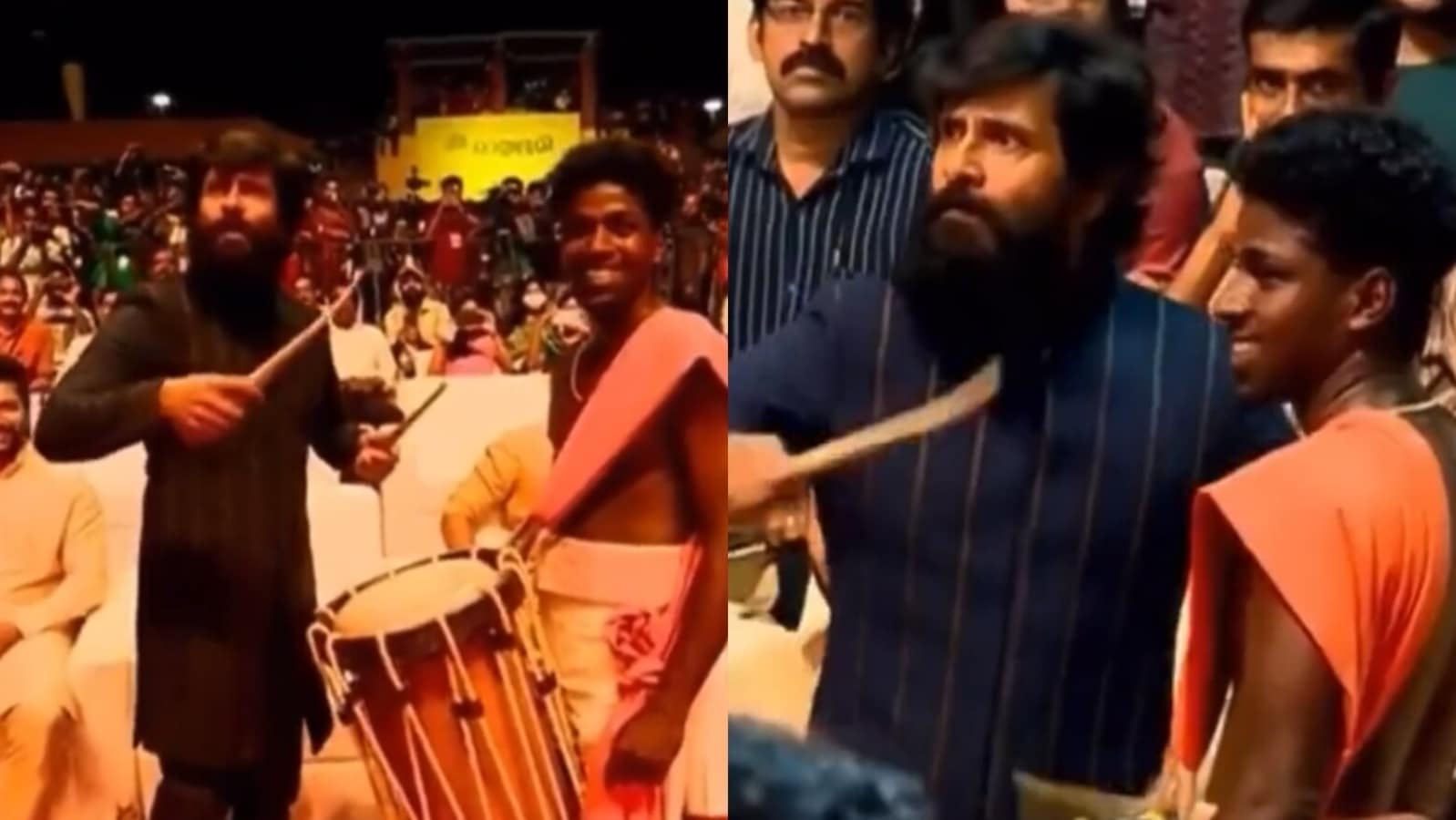 The team of Ponniyin Selvan along with filmmaker Mani Ratnam was in Kerala recently for the pre-release event. At the event, actor Vikram took everyone by surprise with his brief impromptu performance of playing the chendamelam– a percussion instrument of Kerala. Vikram shared a video clip of his performance on Twitter and earned praises from his fans. Also read: Mani Ratnam says he is ‘glad’ he was unable to make Ponniyin Selvan earlier

Vikram took to Twitter and wrote: “There’s nothing like your heart beatin’ in sync with a ചെണ്ട (sic).” After he shared the post, one fan went to the comment section and wrote: “Really you a great human sir.” Another fan wrote: “Is there anything this man can’t do?”

The film marks Aishwarya Rai Bachchan’s comeback to Tamil cinema after a decade. Aishwarya will be seen playing dual roles – Nandini and her mute mother Mandakini Devi. This also marks her reunion with Mani Ratnam after Raavan in 2010.

Earlier in July, the first look poster of Aishwarya Rai Bachchan’s character Nandini was unveiled. The poster was released with the caption – ‘vengeance has a beautiful face’. She plays the Queen of Pazhuvoor in the movie. The film’s title poster was released last year after it went on the shooting floors in 2020. A major portion of the film, including its war sequences, was shot in Thailand.

The title poster comes with a sword with a golden hilt and it bears the emblem of the Chola kingdom along with the words ‘Beginning of the Golden Era’. After two failed attempts – in 1994 and 2011 – Mani Ratnam has finally fulfilled his long-time dream of turning Ponniyin Selvan into a film. The first part of the movie will be released in cinemas on September 30.