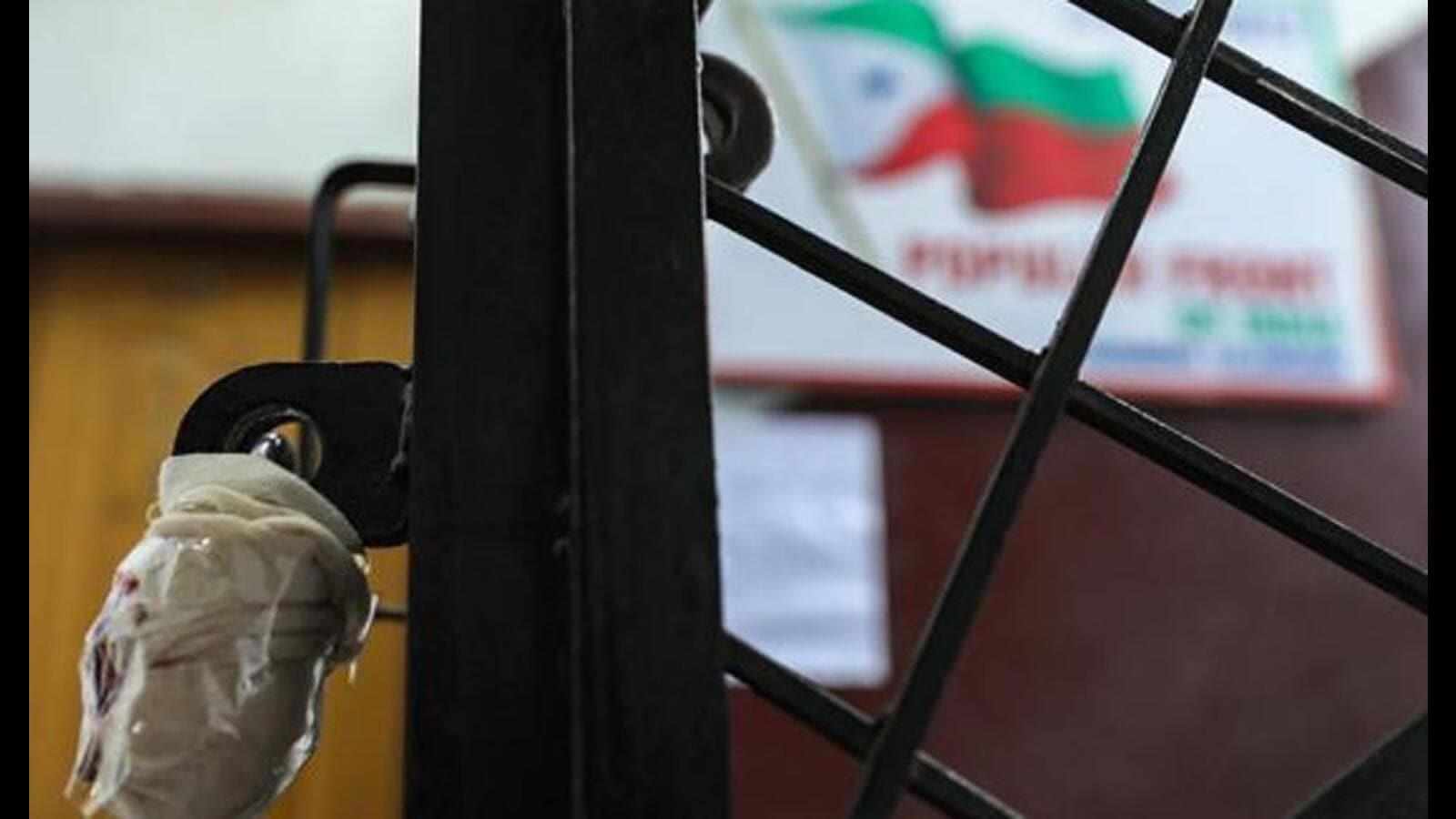 LUCKNOW The UP government had recommended a ban on Islamic fundamentalist organisation – Popular Front of India (PFI) – in December 2019, after its alleged involvement in inciting violence during the anti-CAA protests.

The state home department had forwarded the UP Police’s recommendation to ban the outfit to the union government, for allegedly inciting widespread violence.

The then UP DGP OP Singh and ACS (home) Awanish Awasthi claimed that the PFI was actively involved in mobilising people during the statewide violent protests against the Citizenship Amendment Act (CAA) that claimed several lives. They stated that the police had ample evidence to prove the involvement of the PFI in the violence.

“In the last week of December 2019, the UP Police had recommended to the union government that a ban be imposed on the PFI, after its alleged large-scale involvement surfaced in inciting violence during anti-CAA protests in Lucknow and other parts of UP,” said OP Singh.

As many as 25 members of the outfit were arrested from across UP, including three from Lucknow, in connection with the violence on December 19 and 20.

ADG (law and order) Prashant Kumar confirmed that the UP Police had sought a ban on the PFI and sent a recommendation in this regard to the union government in December 2019.

However, PFI members refuted the police’s claim and maintained that their members were not involved in the anti-CAA violence. They alleged that the police were acting against the PFI on the direction of the state government.

A senior police official said the activities of PFI were reported in UP since 2010, after the ban on another Aligarh-based Islamic organisation – Students’ Islamic Movement of India (SIMI) in 2008. The PFI’s name first surfaced in 2010, when its members were booked under Sections 153A (promoting enmity) and 153-B (imputations, assertion, prejudicial to national integration) of the IPC in Safdarganj area of Barabanki, he said.

“Thereafter, the PFI’s name surfaced in July 2019 when posters bearing the name of the organisation ‘Popular Front of India’ with a representative image of mob lynching and caption — ‘Bekhauf jiyo, baa izzat jiyo’ (live without fear, live with dignity) were found pasted in a crowded residential locality in the trans-Gomti area of Lucknow,” he said.

“Later, the PFI’s involvement came to fore in the violence that erupted during anti-CAA protests in Lucknow and other parts of UP in December, 2019,” said the officer.

The then SSP (Lucknow) Kalanidhi Naithani had claimed that the PFI members called people on the pretext of peaceful protest and later incited violence. The police had said that text messages exchanged by PFI members on social media proved that they had planned a violent protest and as many as 16 ‘close chat groups’ were identified, wherein PFI group members called for violent protest in the state.

The police had claimed that PFI was active in over a dozen districts of UP, including Shamli, Muzaffarnagar, Meerut, Bijnor, Lucknow, Barabanki, Gonda, Bahraich, Varanasi, Azamgarh and Sitapur. And 10 FIRs were lodged against the outfit in various districts including Barabanki, Sitapur, Muzaffarnagar, Meerut and Bijnor for putting up inciting posters.

The PFI was also allegedly involved in generating funds to incite caste violence in the backdrop of gang-rape and murder of a 19-year-old woman in UP’s Hathras district in September, 2020. On PFI’s trail, UP STF carried out searches at three locations in Delhi in connection with the case and seized incriminating documents, including details of different bank accounts of PFI members in February 2021.

The STF claimed that transactions of over ₹1.5 crore were made via different bank accounts of PFI members between 2018 and 2020. The investigation agency claimed that the documents seized from different locations of PFI were used to fund illegal activities and instigate violence in UP.

On October 5, 2020, four people, including a journalist Siddique Kappan, who allegedly had links with the PFI and its associate body, were arrested while heading towards Hathras. An FIR was registered against them at Maat police station of Mathura for their alleged plan to incite violence in wake of Hathras gang rape and murder case. The STF later claimed that the PFI’s student wing – Campus Front of India’s general secretary Rauf Sharif had funded the trip of Kappan and three others to Hathras.

FEB 16, 2021: STF arrested Asad Badruddin and Firoz Khan, two residents of Kerala, from Gudamba area of Lucknow allegedly for planning to carry out explosions near the function of Hindu organisations on Basant Panchami and other strategic locations in UP.

MAR 14, 2021: STF arrested the alleged training commander of PFI’s hit squad Mohammed Rashid Ali of Siddharthnagar from Basti. According to STF, Rashid was allegedly involved in the selection of youths with strong built for the hit squad and trained them in handling firearms and explosives.

JUN 7, 2022: A Tamil Nadu man, Raj Mohammed, who was arrested for allegedly issuing bomb threats to RSS offices in Lucknow and Gonda, and four other places in Karnataka on June 7, had remained a member of PFI and Socialist Democratic Party of India (SDPI) for three years in the past.