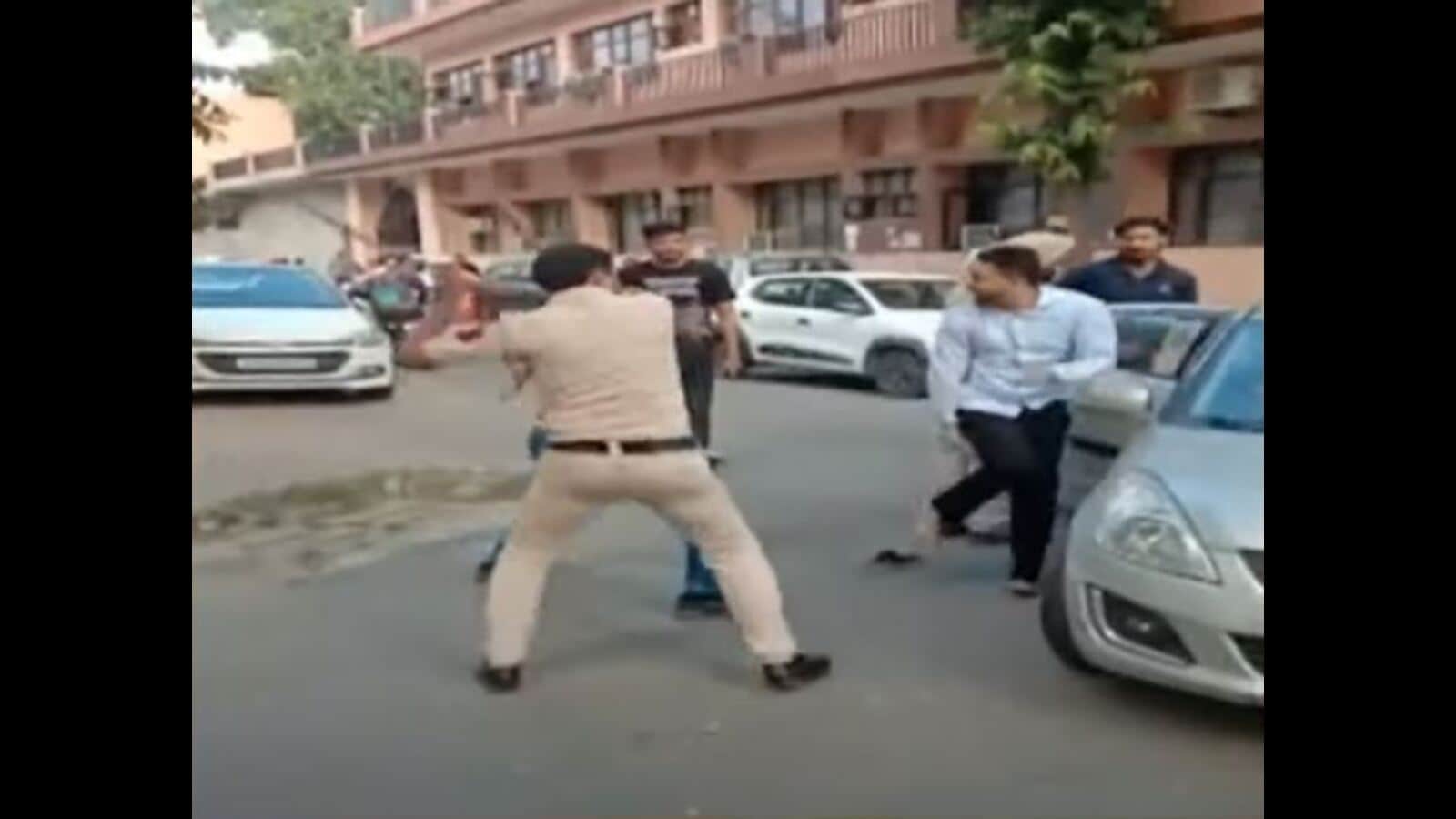 Police have booked two police personnel for brutally beating up three friends at a park in Phase 9 on Tuesday.

SSP Vivek Sheel Soni also ordered suspension of both the cops and ordered a departmental inquiry against ASI Jeewan Singh who was with them.

Both cops, head constable Harpreet Singh and constable Supinderveer Singh, are posted at the Phase-8 police station, where the former holds the munshi’s charge. They are facing charges under Sections 323 (voluntarily causing hurt), 341 (wrongful restraint) and 34 (acts done in furtherance of common intention) of the Indian Penal Code.

According to the police, Harwinder Singh, 26, a resident of Phase 9, was sitting in a park near his house and watching videos on his mobile phone.

Also present there were Harpreet and Supinderveer, who were in their civvies. Suspecting that Harwinder was filming them arguing, they confronted him and heated arguments erupted.

As Harwinder’s friends Jagmeet Singh, 38, and Jagpreet Singh, 20, came to his rescue, the two cops summoned their colleagues, who arrived at the scene and thrashed the three friends, while also smashing Harwinder’s phone. The cops then took the trio to the police station, where they thrashed them more, said police.

SSP Soni said any indiscipline in the force will not be tolerated. “A departmental inquiry has been ordered against ASI Jeewan Singh, who was also present with them. He should have stopped the other cops,” he said.

The injured friends work in a private firm and live in Phase 9. They remain under treatment at the civil hospital in Phase 6.