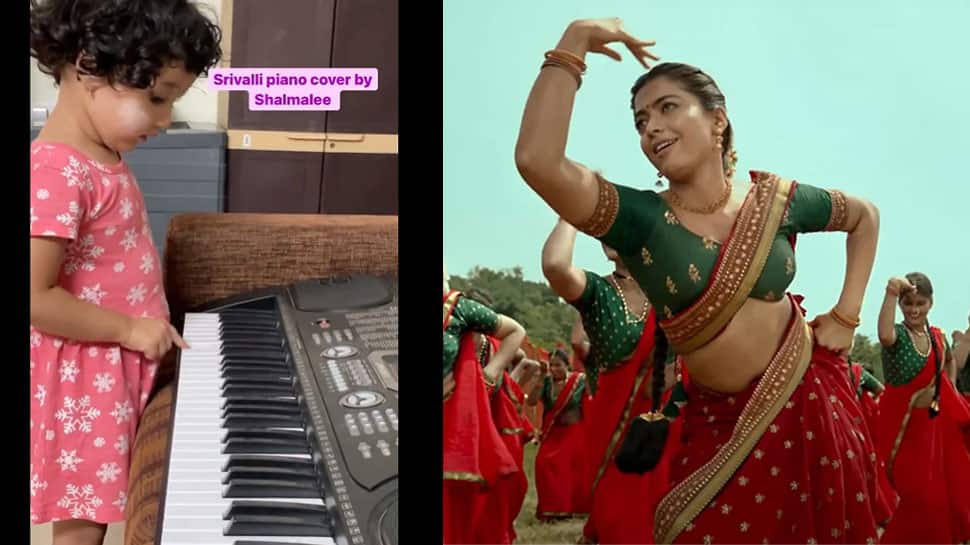 New Delhi: Pushpa actress Rashmika Mandanna is an overnight sensation and fans call her the National Crush, not for nothing. Her songs are a rage, especially Srivalli from Pushpa 1 which was released about 9 months ago and has been making rounds on the internet. Little girls have been dancing and performing on the same song and those videos are going viral.

Just like that, a new video of a young girl performing Srivalli on a piano has come across and we can not get over how cute she looks playing the song.

It’s interesting to see how the actress has deeply penetrated into the heartlands of the country with the film ‘Pushpa’ and her song, ‘Saami Saami’. From Shops in Jaipur selling ‘Srivalli’ sarees to ‘Saami Saami’ taking over the Garba fever in places in and around Gujarat.

Apart from the much-awaited ‘Pushpa 2’, the actress has several interesting projects across languages in the pipeline such as Goodbye, Animal, Varisu and Mission Majnu.