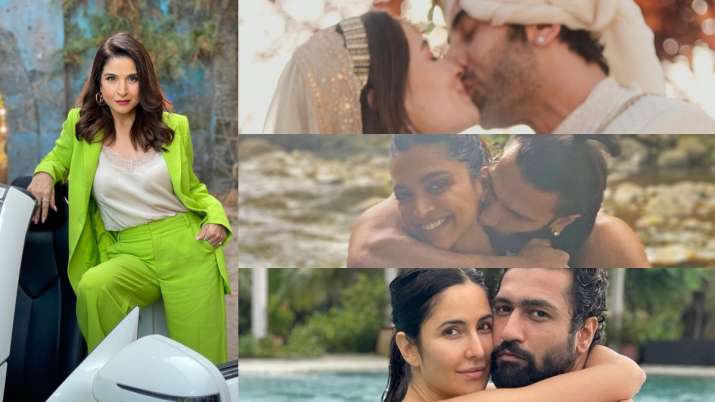 Koffee With Karan 7: Maheep Kapoor recently graced Karan Johar’s popular chat show along with her close friends Bhavana Pandey and Gauri Khan. The BFF trio had a blast on the kouch and they made several revelations regarding their marriage, relationship and discussed other facets of their personal lives. After the episode was aired, the Twitterati jammed the social media platform, reacting to the episode. During the episode, Maheep Kapoor gave hilarious advice to the popular Bollywood couples that left the internet in splits.

Netizens were floored by her humorous response, and they flocked to Twitter to share that particular snippet while praising Maheep for being so candid.

Previously, she made headlines when she revealed in Fabulous Lives of Bollywood Wives Season 2 that Sanjay Kapoor cheated on her. Speaking about the phase, she said, “There was an indiscretion that Sanjay had or whatever. I walked out with Shanaya. I stood up for myself but then, I had a newborn baby. Again, as a woman and as a mother, the first priority is my child. I owed my daughter this amazing father, which he is. I owed it to myself. And if I look back and if I broke this s**t up, I would have regretted it all my life. Because when my kids walk into my home, my husband walks into my home, this is their sanctuary. They need to feel peace. And I feel Sanjay gives that to me also.”

For the unversed, Maheep Kapoor is the wife of actor Sanjay Kapoor. She has two kids with him, Shanaya and Jahaan Kapoor. She recently starred in The Fabulous Lives of Bollywood Wives Season 2 after the huge success of season 1. The new season was premeried on Netflix and it garnered positive reviews from the audience.