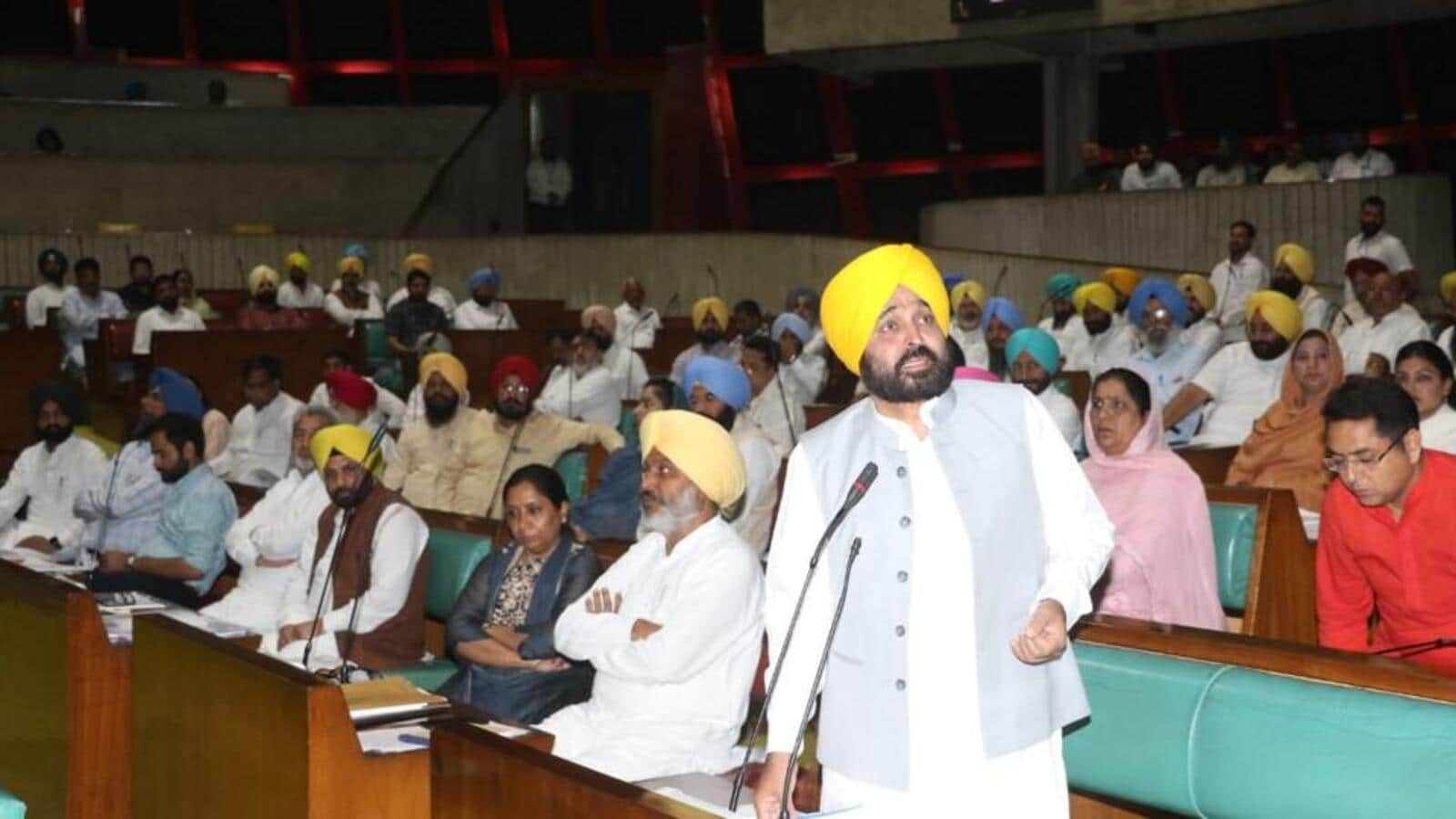 A day after governor Banwarilal Purohit cancelled the special session of the Punjab assembly called to bring a confidence motion, chief minister Bhagwant Mann convened a cabinet meeting in Chandigarh on Thursday morning after which he announced that the session would now be held on September 27 with a revised list of business, including a discussion on the problem of paddy stubble burning.

The cabinet also decided to move the Supreme Court against the governor’s decision to call off the special session on September 22.

Before the cabinet meeting, Mann met AAP MLAs at the assembly complex to discuss the ruling party’s strategy . The AAP legislators proceeded to take out a march to Raj Bhawan, the governor’s residence, in Chandigarh to register their protest.

Chief minister Mann and his ministers did not join the march as they held the cabinet meeting.

In an embarrassment to the AAP government in Punjab, Purohit on Wednesday thwarted the Bhagwant Mann-led regime’s plan to summon a special assembly session to bring a confidence motion. The governor said he had sought legal opinion after the Congress and the BJP approached the Raj Bhawan arguing that the House rules did not allow such a motion.

While AAP national convener Arvind Kejriwal and the Punjab chief minister slammed the governor for not allowing the assembly session, saying it raises a question on the country’s democracy, the opposition parties hailed Purohit for preventing the Mann government from “sabotaging the constitutional and legislative practices and procedures”.

The AAP government in Punjab had sought the session to bring a confidence motion, days after it accused the BJP of trying to topple its government.

The AAP had recently claimed that at least 10 of its MLAs were approached by the BJP with an offer of ₹25 crore to each of them in a bid to topple the six-month-old government under, what it termed ‘Operation Lotus’.