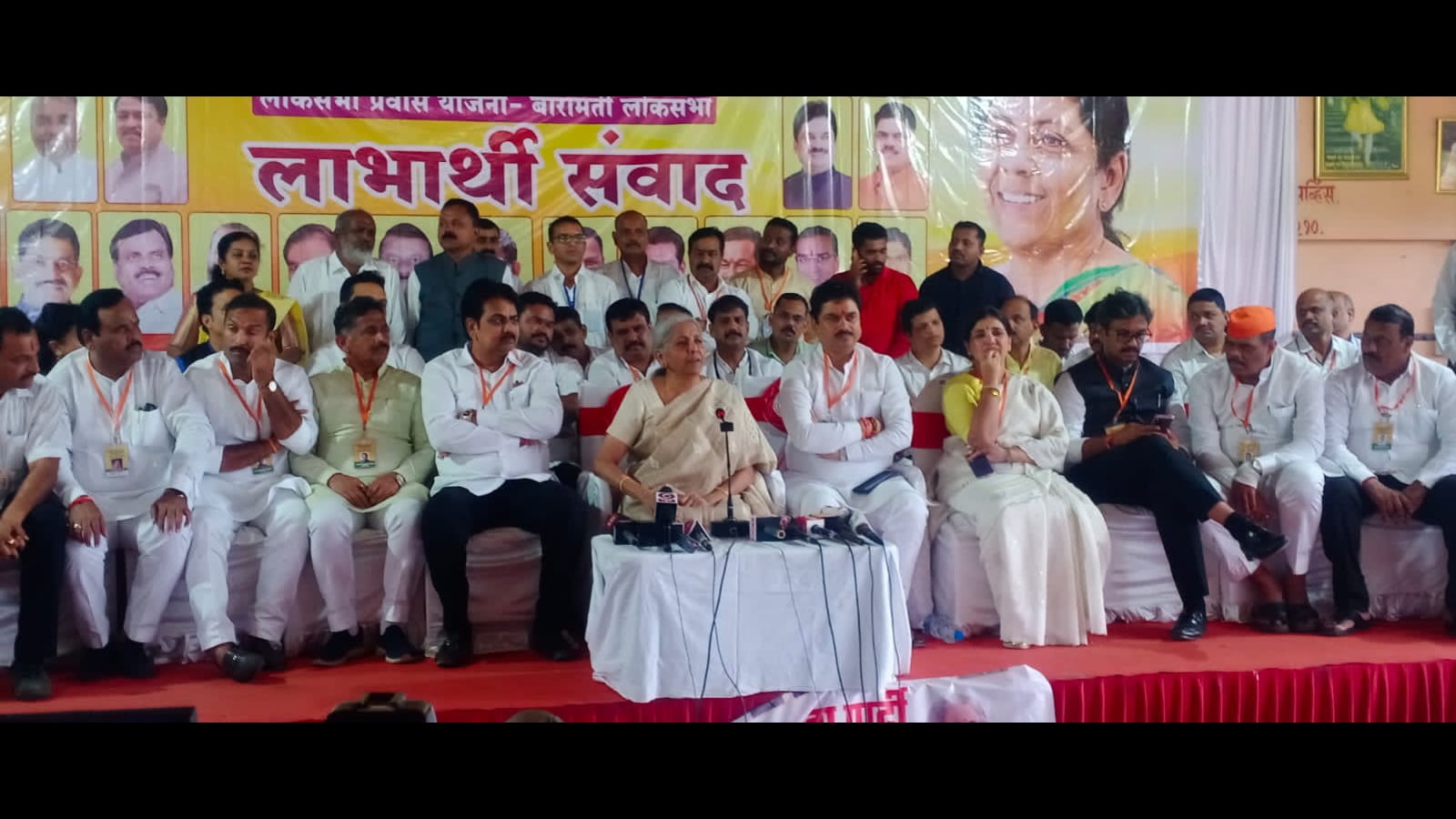 Finance Minister Nirmala Sitharaman began her three-day visit to Baramati on Thursday as part of the Bharatiya Janata Party’s ‘Mission 45’, to win 45 out of 48 Lok Sabha seats from the state in the 2024 elections.

The Union minister slammed opposition parties in Maharashtra for “shedding crocodile tears” over the shifting of a Vedanta-Foxconn semiconductor plant to Gujarat from the state, and accused them of creating hurdles for five big-ticket projects during their rule.

However, she desisted from criticising Sharad Pawar and his family for whom Baramati has been stronghold for past five decades, and said that she was visiting the constituency to strengthen the party’s base and not for any family.

Were these projects not beneficial for Maharashtra, Sitharaman asked and added, “Were all these projects benefitting Gujarat? When you were in power, you stopped not one or two projects, but created hurdles for five projects. Now you are shedding crocodile tears in the name of Maharashtra’s interest and saying anything for politics.”

As part of her tour, Sitharaman interacted with beneficiaries of various schemes of the Centre. BJP MLA from Khadakwasla Bhimrao Tapir said, “It is very proud moment for us that minister stayed at our home and interacted with all family members.”

A blame-game started in Maharashtra following the announcement last week that the joint venture semiconductor project of Indian conglomerate Vedanta and Taiwanese electronics giant Foxconn, proposed to be set up near Pune city earlier, will come up in Gujarat. The Congress, Nationalist Congress Party (NCP) and Uddhav Thackeray-led Shiv Sena have been targeting the Centre and the Eknath Shinde-Devendra Fadnavis government over the issue, saying that the ₹1.54 lakh crore plant has been handed over to Gujarat ignoring the economic interest of the state where it was originally planned.

(With inputs from PTI)