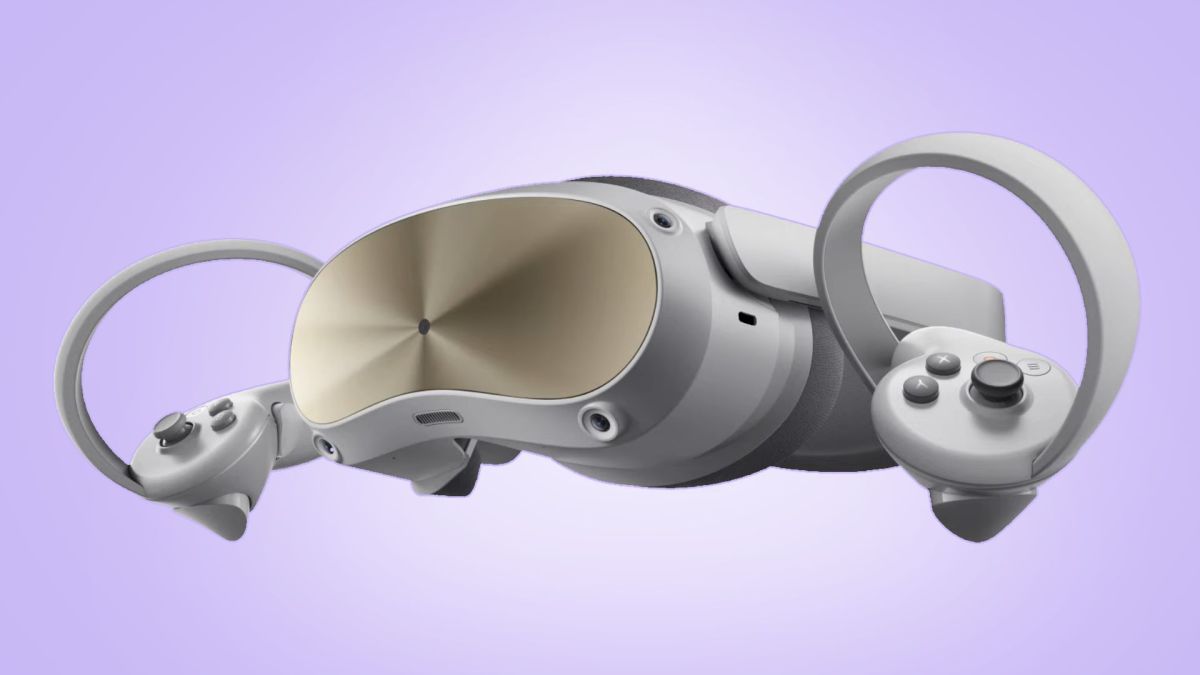 The Project Cambria to the base Pico 4’s Oculus Quest 2, the Pico 4 Pro model promises to deliver developers, businesses, and regular users a premium VR experience that’s beyond anything that Pico currently offers (opens in new tab).

According to Pico, the Pico 4 Pro VR headset (which looks a lot like the Pico 4) will deliver on its high-end experience promise by using upgraded specs compared to its base model. Chief among these improvements is the three infrared cameras inside the headset that can follow your eye movements.

Just as we saw with our experience using the PlayStation VR 2 to play Horizon Call of the Mountain, eye tracking can help make VR experiences feel way more immersive – as NPCs can react to where you’re looking, and even make eye contact with you.

Developers creating games for the Pico 4 and PlayStation VR 2 (as well as Project Cambria which will also use eye-tracking, according to Meta) can also use eye-tracking to facilitate foveated rendering that should make more impressive games possible without needing more powerful (and heavier) hardware.

As the Moss: Book 2 developers explained to us, this works by reducing processing power used up by parts of the world that the player isn’t looking at – either blurring it or not rendering it at all – and focussing it on the areas that players are looking at. If done correctly, the player won’t notice at all, except that the world is much more full of detail and more expansive than traditional VR games.

Unfortunately, we’ll have to wait a bit longer before we get the Pico 4 Pro in our hands (assuming it even launches in the UK, US, and Australia after the base model snubbed the latter two).

Pico’s September announcement was mostly focused on the base Pico 4, with only a few sentences devoted to the upgraded model. We didn’t even get a price or release date for the Pro. Instead, Pico tells us we’ll have to tune into its AWE Lisbon presentation in October – with the event running on October 20 and 21.

With Project Cambria (rumored to be called the Meta Quest Pro) set to be unveiled at the beginning of October at Meta Connect 2022, it’s shaping up to be a busy month for VR. By the end of 2023, our best VR headsets list could look really different.