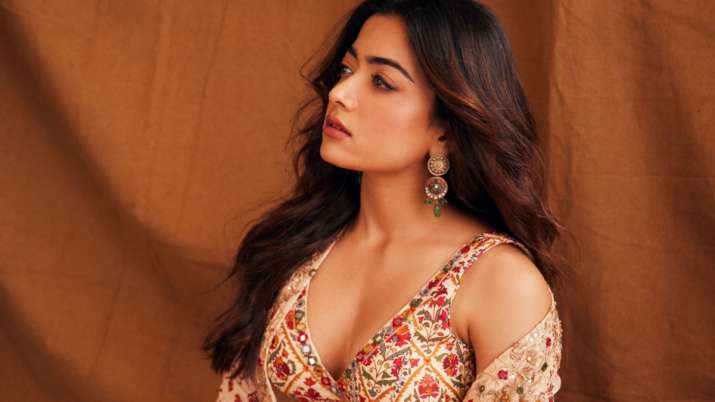 Rashmika Mandanna, who is all set to make her Bollywood debut with ‘Good Bye’ starring megastar Amitabh Bachchan, said that for her, dubbing in Hindi was a little challenging. She is playing the role of Tara Bhalla in the Vikas Bahl directorial. She is fierce, she is amusing and she also questions every stereotypical decision. She believes in logic but ends up understanding the importance of emotions.

The film also marks Rashmika’s first time in dubbing an entire movie in Hindi. She said, “Dubbing is a very difficult task for me, all the time and in all the languages. It is the hardest thing that I have to do for a film. For me, dubbing in Hindi was a little challenging but at the same time, I also learnt a new language. I have one more language in my kitty.”

‘Goodbye’ is a story that touches every emotional chord in your heart and makes you realise the importance of your loved ones along with the downturns of life. Rashmika will also be sharing screen space with Neena Gupta, Sunil Grover, Pavail Gulati, Ashish Vidyarthi, and Elli AvrRam in the film.

Produced by Ektaa R Kapoor’s Balaji Motion Pictures in association with Good Co., ‘GoodBye’ is all set for worldwide release in cinemas on October 7. ALSO READ: Rashmika Mandanna to star opposite Jr. NTR in NTR30? See what we know

Apart from this, the actress will be seen in Pushpa: The Rule soon, starring Allu Arjun. Also, the actress has been speculated to be seen sharing the screen with Jr. NTR in his next upcoming film NTR30. Directed by Koratala Siva, NTR30 will mark the actor’s 30th movie in the industry. According to the reports, the shooting of the film is getting delayed due to various reasons. Over the past few months, there were rumours about the lead actress in the movie.

As per the reports, Rashmika has been approached for the lead role and has been offered a whopping amount of Rs. 5 crores for the film. While there has been no confirmation on the same yet but fans seem really excited to see them together in a film.  Earlier it was also rumoured that Bollywood actress Alia Bhatt was offered the lead role but she did not accept the offer due to her pregnancy. ALSO READ: Viral Video: Taapsee Pannu gets annoyed at paparazzi, says ‘peeche hatiye’