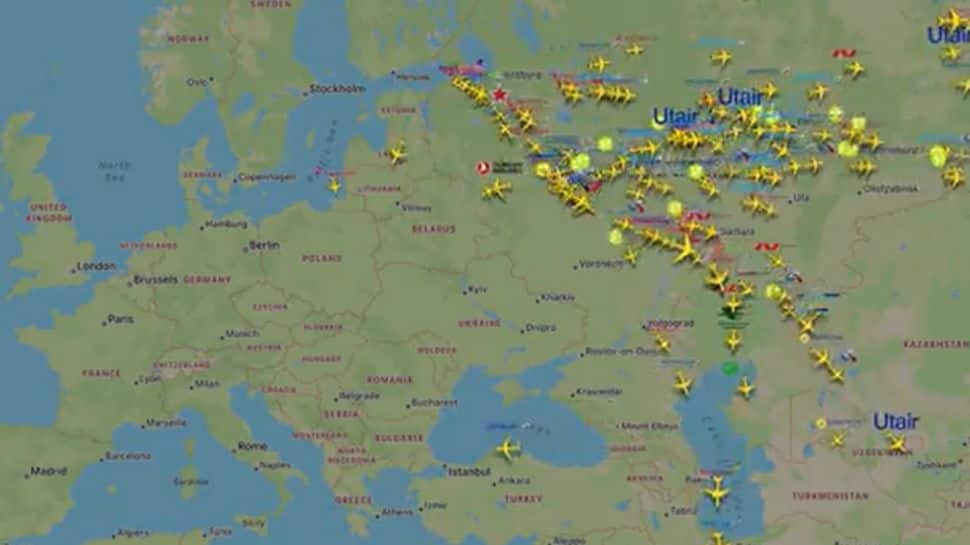 The impact of international politics on the aviation industry is often visible immediately. In the most recent update, a day after Russian President Vladimir Putin heated international politics with the call for mobilization, the one-way international flight tickets out of Russia quickly sold out, and the prices of tickets have increased significantly since then. Based on multiple media reports, the Russians fear that the president might impose martial law in the country and, as an implication, youngsters of fighting age will be barred from leaving the country. The probable fear has created panic resulting in the sale of flight tickets.

The recent uptick in the number of flights out of Russia was recorded by FlightRadar24. According to Reuters, Google Trends data revealed a rise in searches for Aviasales, the most widely used website in Russia for booking flights.

Flights departing Moscow and St. Petersburg today. The @AP is reporting international flights departing Russia have either sold out or skyrocketed in price after Putin announced a mobilization of reservists.

AFP reported on Wednesday that data from airlines and travel agencies indicated that flights out of Russia were almost completely booked this week. Since Putin launched Moscow’s “special military action” in Ukraine, flights between Russia and the EU have been halted. In a significant escalation of his invasion of Ukraine, Putin had yesterday authorised a “partial mobilization,” calling up 300,000 reservists.

Vladimir Putin, the president of Russia, declared on Wednesday a partial mobilization in his country as the Ukraine conflict has lasted close to seven months and Moscow is losing momentum there. Putin also issued a warning to the West, saying that “it’s not a bluff” and that Russia will employ all available methods to defend its borders. 300,000 reserve members were drafted in total during the partial mobilization, according to officials.

A day after Russian-controlled regions in eastern and southern Ukraine declared preparations to hold elections on joining Russia, the Russian president delivered a televised address to the country. The Kremlin-backed initiatives to engulf four districts may pave the way for Moscow to intensify the conflict after Ukraine achieves its goals.