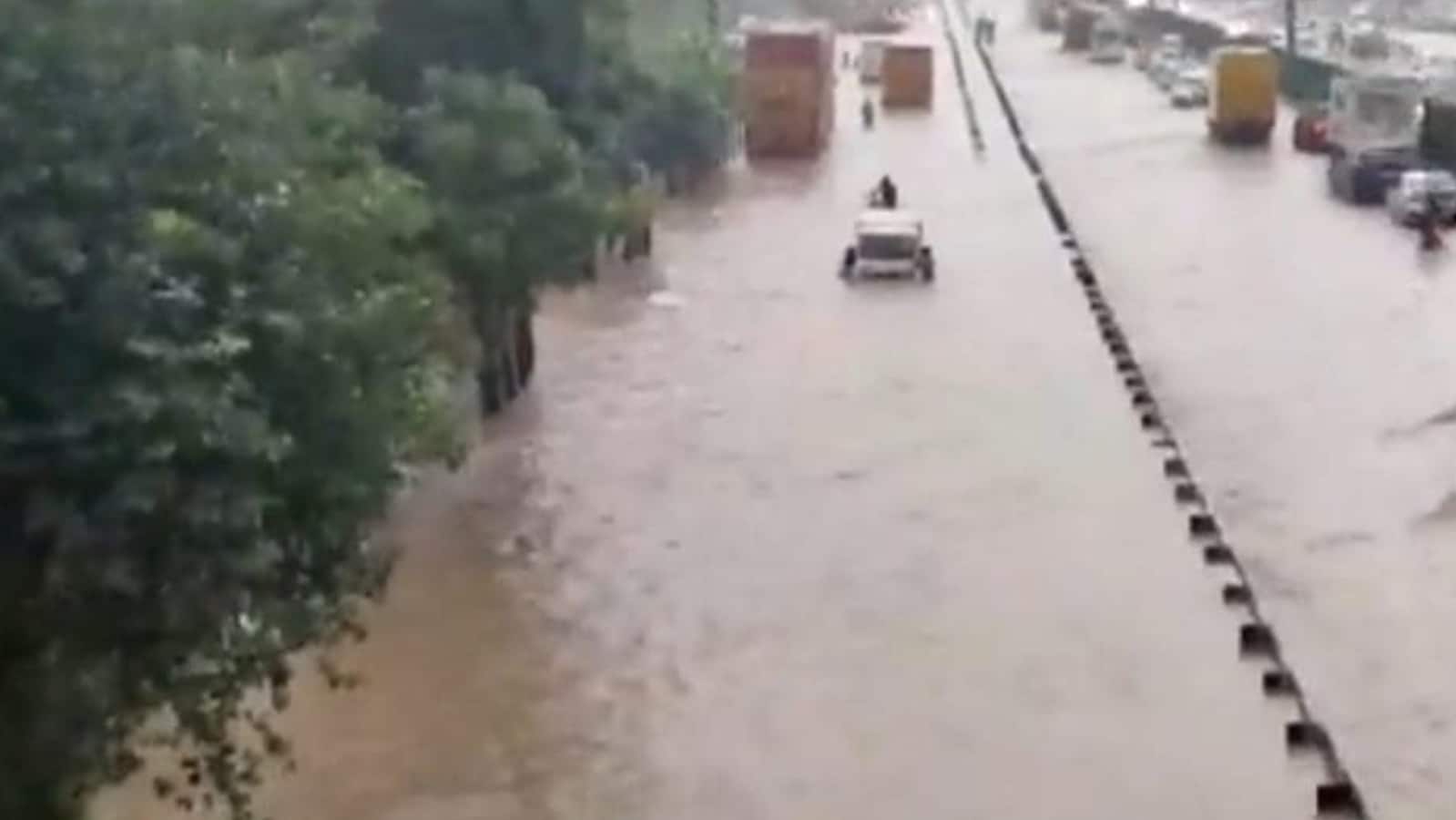 The Delhi-Gurugram expressway on Thursday was seen submerged after Delhi NCR witnessed incessant rain. The pedestrians were strolling through knee-deep rain water while the vehicles on the route moved at a snail’s pace.

Numerous vehicles were observed passing on the inundated roads of the highway making attempts to exit the water logging.

Video depicts a severe traffic jam caused by water logging, in which vehicles drive very slow merely to pass through the water blockage.

A traffic police advisory of the Delhi NCR has been issued through its Twitter handle which said, “Due to continuous heavy rainfall in Gurugram, there is waterlogging at some places and the traffic is moving at a slow speed. Therefore, we request all of you that you should come out of the house only when necessary,”

In the video shared by the news agency ANI, pedestrians can be seen moving in the inundated Delhi-Gurugram expressway that seemed quite unsafe. The footage also shows a biker trying to pull his bike from the water.