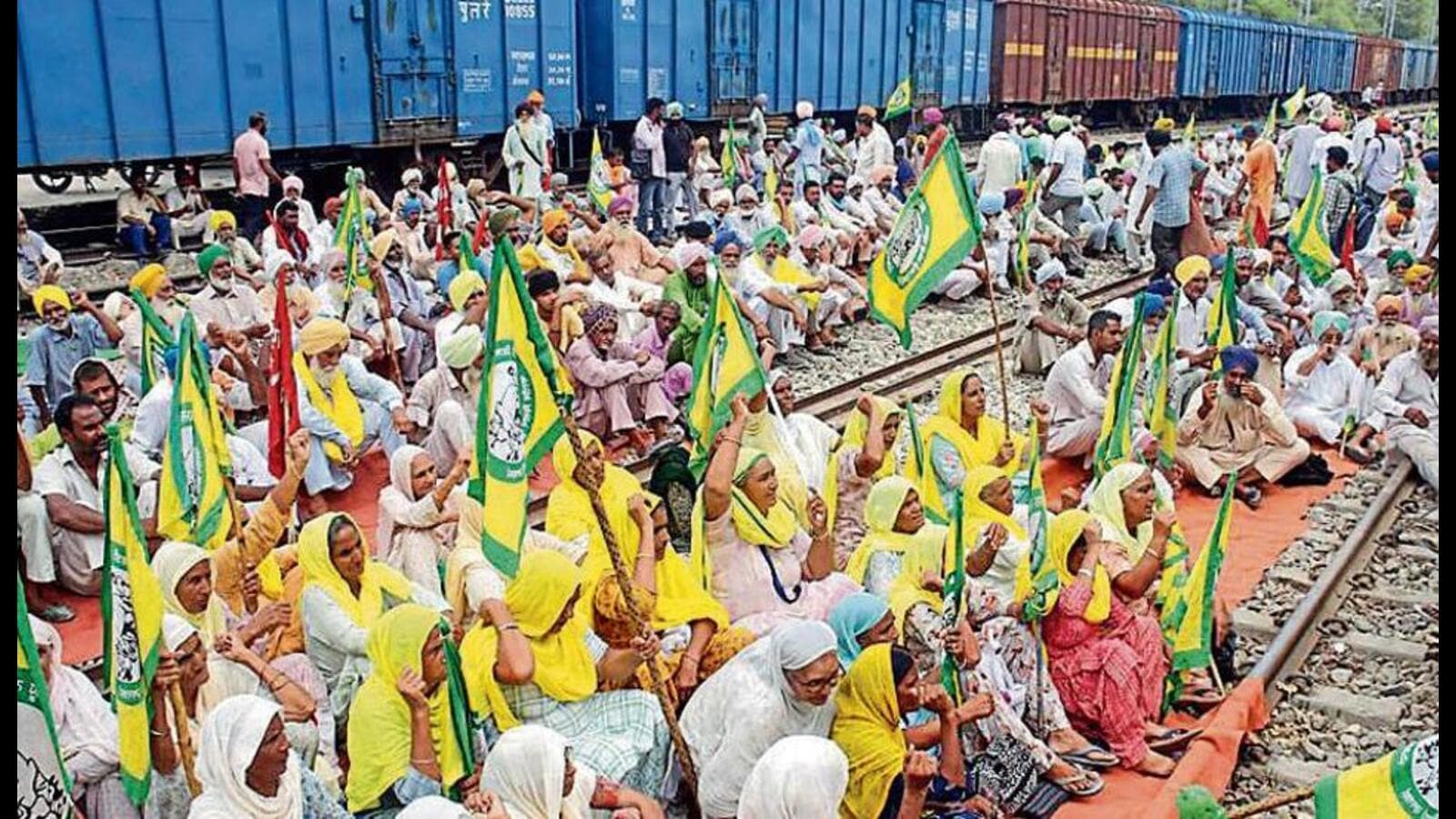 BATHINDA: Bhartiya Kisan Union (Ekta Ugrahan) on Thursday said paddy growers would be compelled to burn stubble this year too if the Punjab government failed to grant them a bonus of ₹200 per quintal.

The demand was highlighted as the largest farmer union of the state staged a three-hour “rail roko” agitation from Thursday noon. Union activists squatted on tracks at various places and raised slogans against the state government. Railway traffic in several parts of the state was hit causing inconvenience to commuters.

The farmer organisation came up with a nine-point agenda targeting the Aam Aadmi Party (AAP) government of Punjab.

He demanded an incentive of ₹200 per quintal for paddy growers for stubble management. Union leaders said that without financial support, farmers will be left with no option but to burn crop residue and the government should desist from taking any action against such cultivators.

Terming the state government insensitive, he said several farmers whose cotton crop was damaged due to a pink bollworm attack in 2021, are still deprived of compensation.

“Similarly, farm labourers, who faced financial loss during last year’s devastation of the cotton crop, are yet to get relief. Crops of summer moong and guar were severely hit with virus attack this year and no compensation has been announced for it,” he added.

The Union also demanded immediate closure of a private distillery near Zira in Ferozepur for allegedly causing environmental pollution.

Besides, the BKU demanded action against the police officials who allegedly manhandled students protesting against a video leak of students at Chandigarh University near Kharar.