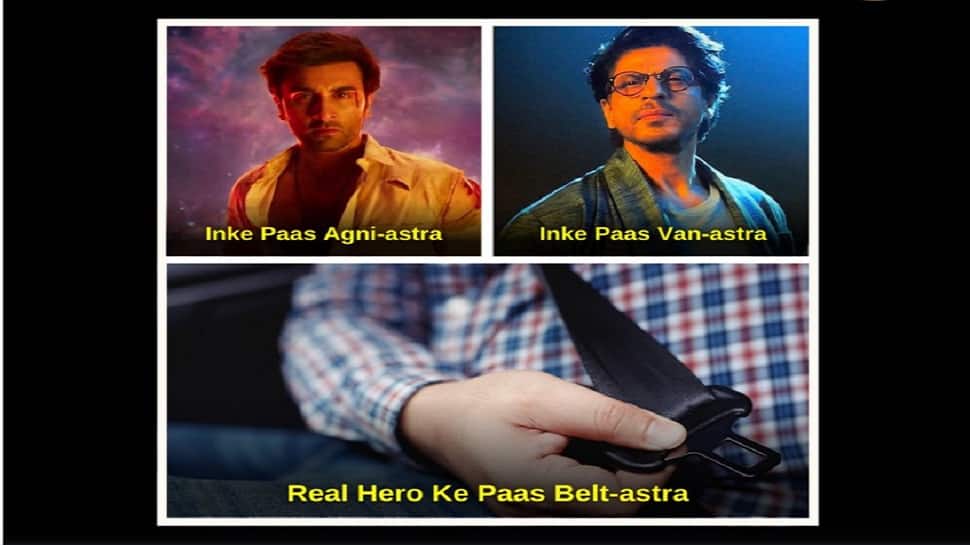 Since the death of Tata Sons’ former CEO Cyrus Mistry, the government is giving its full attention to making all the required changes to prevent accidents in India. From making 6 airbags mandatory in small economy cars to making rear seat belt alarms compulsory in upcoming vehicles, the government has covered it all and is actively looking for other measures too. Meanwhile, traffic police have been on a roll too with their quirky social media campaigns and special drives to create awareness about road safety among drivers. To attract the attention of netizens, traffic police have been taking references from movies and the latest pop-culture trends. Having said that, Delhi traffic police recently took to Twitter to spread awareness about wearing front and rear seat belts but, with a TWIST!

Brahmastra starring Ranbir Kapoor and Alia Bhatt has been the ‘talk of the town’ as it garnered over 200 crores at the box office worldwide within less than a week. Delhi traffic police took the movie’s ‘Astra’ reference to create awareness amongst the netizens regarding road safety. “Hamesha apni shaktiyon ko yaad rakho aur safe raho. Seat belt pehno! #WearSeatBelt #RoadSafety” read the caption of the tweet.

Delhi traffic police tweeted a visual too which informed the readers that a real hearo has a ‘Belt-astra’ to save themselves. The visual read “Inke pass Agni-Astra, inke pass Van-Astra, real hero ke pass Belt-astra.” Netizens appreciated the creativity of the Delhi traffic police and took over the comments section with positive responses.