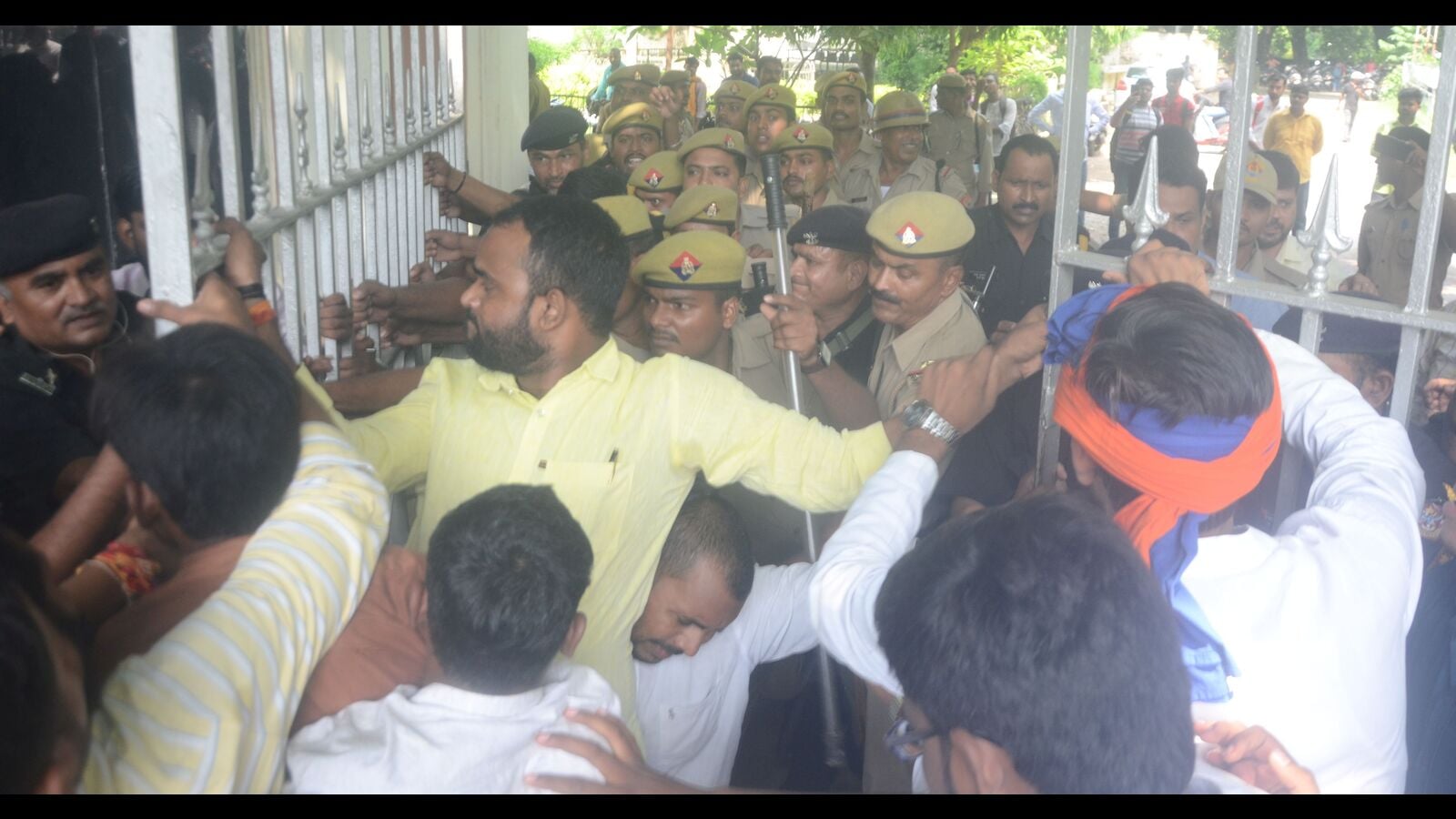 The arts faculty campus of Allahabad University continued to witness intense protests over the issue of fee hike of courses even on Thursday.

The protesting students broke the lock of the main gate near union hall and made an abortive attempt to take out a funeral procession of the vice-chancellor, prof Sangita Srivastava.

An assistant professor at the department of Medieval and Modern History of AU, Vikram Harijan extended support to the ongoing protest on the issue of fee hike.

He was welcomed by the protesting students at the union hall.

“Raising the fee is against the constitution and in fact, AU administration and for that matter, the entire government, should make education free for everyone. I am here to support the protest being staged by the students”, said Harijan while talking to the media at the protesting site.

AU’s public relation officer, prof Jaya Kapoor said, “The university administration has come to know about this and will try to contact prof Vikram Harijan.”

“The disturbances on the campus are disrupting the academic atmosphere and the vice chancellor in her message has also expressed hope that campus returns to normalcy since the decision of fee hike has been taken in the best interests of the university and the student,” the PRO added.

They forced their entry despite heavy deployment of police force, AU security team and proctorial board members.

Later, these student leaders also tried to take out a funeral procession of the vice chancellor Prof Sangita Srivastava from the union hall. However, as soon as they started the funeral procession, the police personnel along with a security guard of AU intervened and snatched the effigy placed on a wooden ladder.

The proctor professor Harsh Kumar was manhandled when the student leaders tried to force their entry into the Arts campus from the union gate.

“One of the student leaders, Ayush Priyadarshi, manhandled me and I have sent a complaint against him to the Colonelganj police station for lodging an FIR against him,” said the proctor.